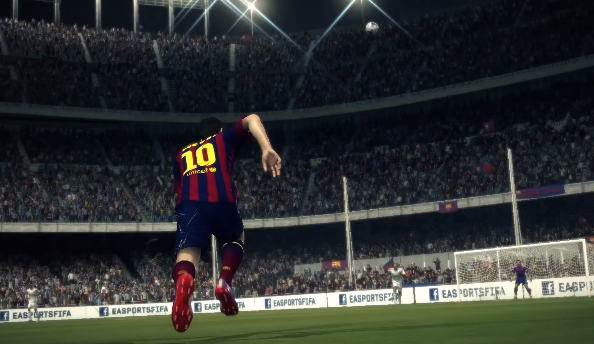 EA Sports has been showing off more FIFA 14, and there’s plenty of features to make a noise about. Reveled in an EA presentation was a co-op mode to play with friends, the new stadiums in next-gen versions of the games, and news that your player stats will transfer from current-gen to next-gen if you upgrade.

A new mode for FIFA 14 is Co-op Seasons, which the game’s producer David Rutter explains is a game where “anyone can play with a friend online against two other online friends anywhere in the world in 2v2 ranked online play”. So if you’d rather team up with a friend rather than play against them, you can do in FIFA 14.

On show at the presentation was the next-generation version of FIFA 14, being played on a PlayStation 4. The next-gen versions will have a more authentic stadium atmosphere, with over 100 cameras positioned around the pitch so you can watch replays of your matches from every angle. There will also be big pre-match ceremonies to build up the atmosphere for your big game. 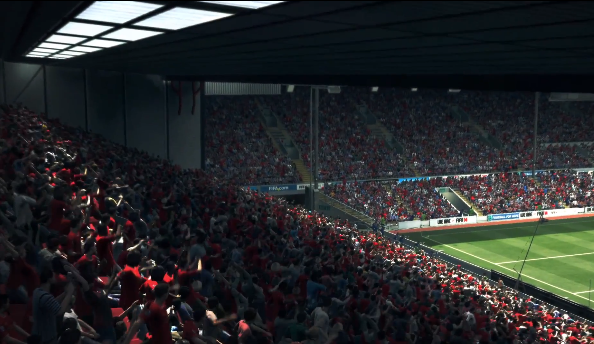 FIFA 14 release date is September 27th on Nintendo 3DS, Wii, PlayStation 2, PlayStation 3, PSP, PS Vita, and Xbox 360. The next-gen versions will release at the same time as the Xbox One and PlayStation 4 in November. If you get the current-gen version on 360 or PS3 but get a next-gen console later on and have FIFA 14 on it, you’ll be able to transfer your stats, progress, club level, XP, and Ultimate Team full roster over from your old game to your new one. So even if you change console, you won’t lose your progress!

And even more good news: you’ll be able to download a demo of FIFA 14 on September 10th! What is your favorite new feature in FIFA 14? Tell us what you think in the comments.