Doctor Who lands in Minecraft this Friday 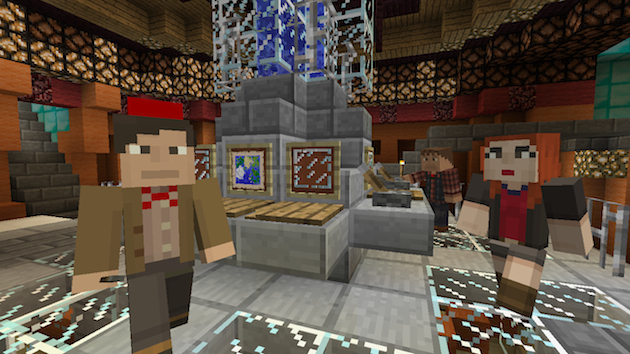 Big Minecraft and Doctor Who fans will already know that The Doctor and Clara are heading to Minecraft Xbox 360, but their TARDIS computer didn’t know what date they were landing. Well, it turns out it’s very soon, as the Doctor Who skin pack will be touching down on Xbox 360s tomorrow!

The Doctor Who skin pack will introduce villains like the Zygons, Daleks, and Silurians to the game, as well as some time-travelling heroes like Amy, Rory, Clara, and The Doctor. There’s skins for different regenerations of the Doctor too. Check out the fez on the 11th Doctor in the screenshot above, or the cool coat on the 12th Doctor.

The pack will be available on the Xbox 360 store tomorrow, Friday 3rd October. Now all you have to do is build a TARDIS and get started on your adventure in time and space!

For more amazing Minecraft stories about skins and mods, check out the Minecraft channel.