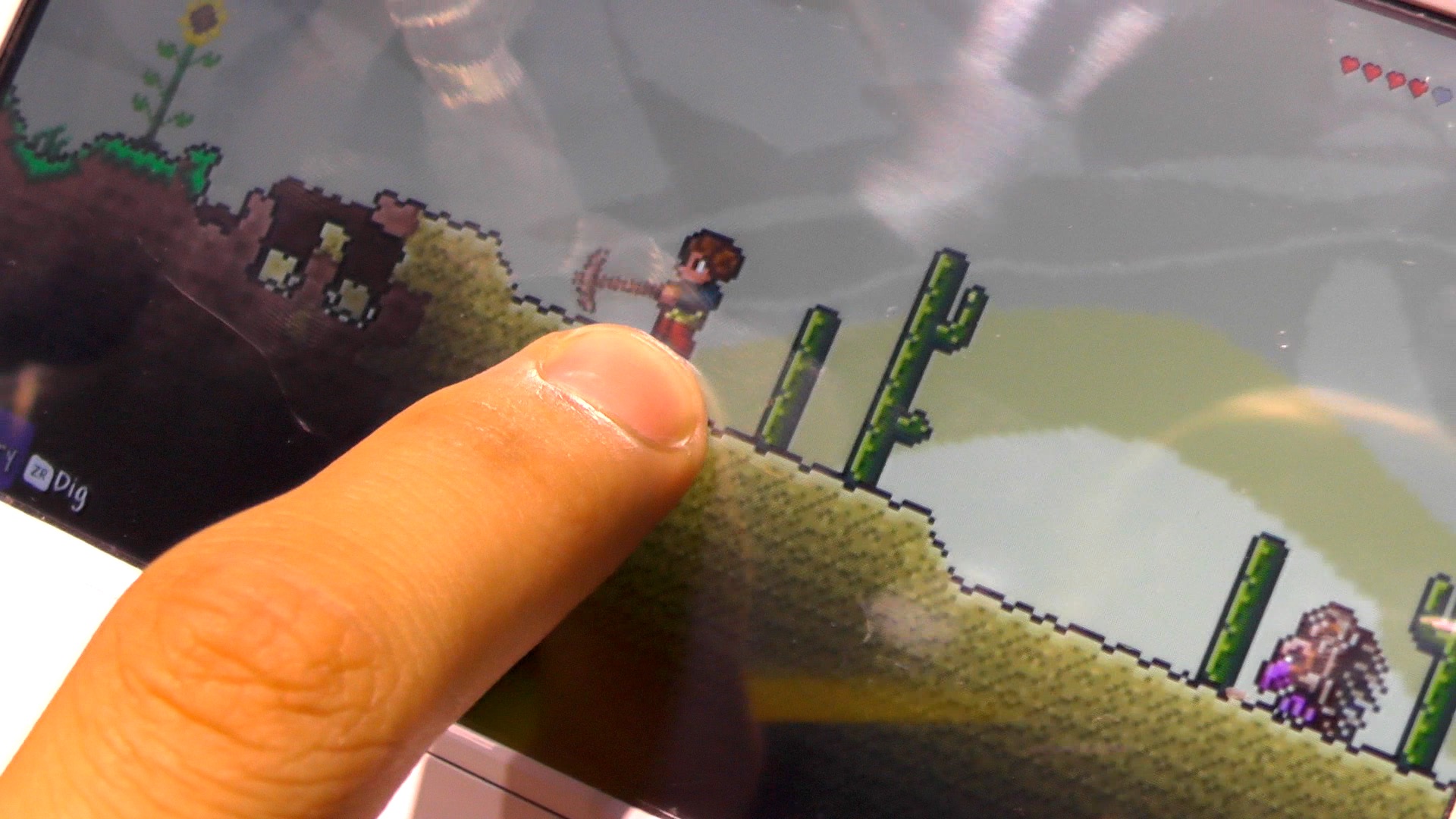 At this week’s EGX show in Birmingham the Nintendo booth is showing off the new version of Terraria on the Wii U.

The game includes a 8 player on-line mode alongside 4 player local play mode. Using the game-pad enables you to zoom in for pixel perfect creations while also keeping an eye on the main screen for incoming zombie attacks.

As ever Terraria is teeming with all kinds of mythical monsters and behemoth bosses, from armoured skeletons to zombies, sharks, unicorns, and even the Eye of Cthulhu. Craft armour, swords, firearms, traps and magical powers – whatever suits your play style – to fight any foe that stands in your way. You can also create equipment, such as diving gear, rocket boots and even a GPS, to help you get around Terraria’s randomly generated landscapes.

You can dig in using either the GamePad, Wii U Pro Controller, or Wii Remote and Nunchuk. You can share highlights of your escapades on Miiverse and compare your progress with other players on a global leaderboard too.