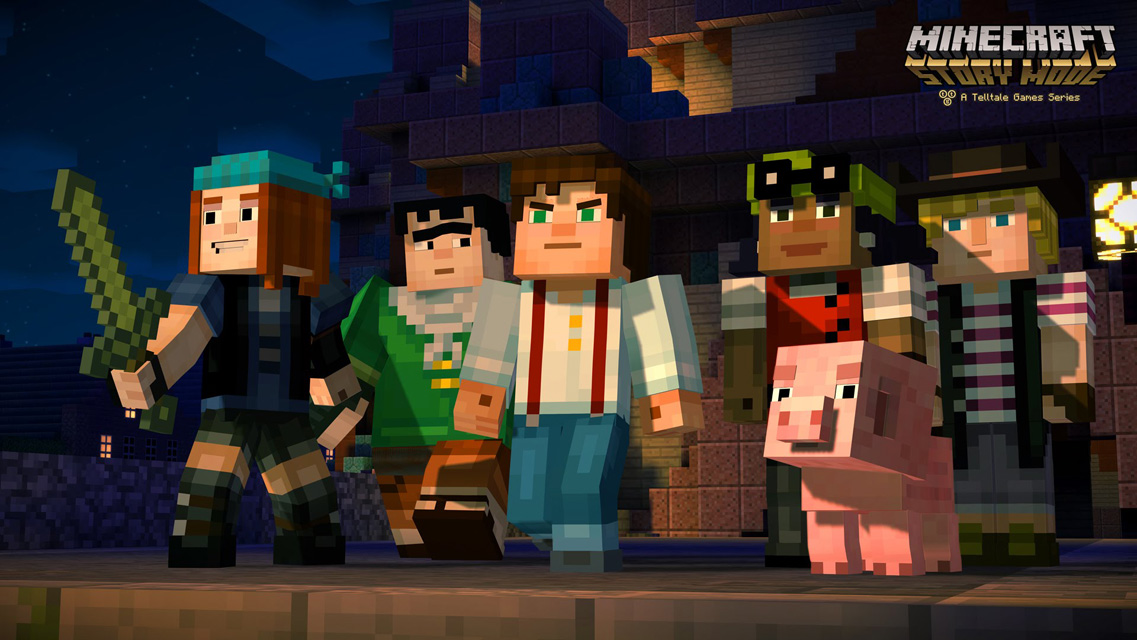 With Minecraft Story Mode coming out soon here’s a look at how the game has been recieved by UK game rating authority PEGI.

Minecraft: Story Mode is an episodic adventure game in five parts. As a female or male character called Jesse, players solve puzzles, fight zombies, and talk to other characters to progress the story. Conversations involve choosing from multiple potential responses that each have consequences for the story and relationships in the game. Action is played out with quick-time events.

While Minecraft: Story Mode is visually similar to Minecraft itself, it plays more like other episodic adventure games from the developer, Telltale Games, like The Walking Dead.

The story revolves around Jesse and their group of friends, who want to find a group of four adventurers called The Order of the Stone, who have slayed an Ender Dragon, in order to save the world from oblivion. Each member of the Order is the best at what they do, and represents a different kind of Minecraft player: Warrior, Redstone Engineer, Grief-er, and Architect.

In the UK and Europe, PEGI rates Minecraft: Story Mode as only appropriate for those aged 12 and older for “mild bad language”.

The GRA expands on its PEGI rating by explaining that the game has “frequent use of mild language” including words like “ass”, “crap”, and “piss”.

Minecraft is an incredibly popular game, and different people play it for different reasons. Players who have an emotional attachment to the world of Minecraft will enjoy the opportunity to experience a story based in that world.