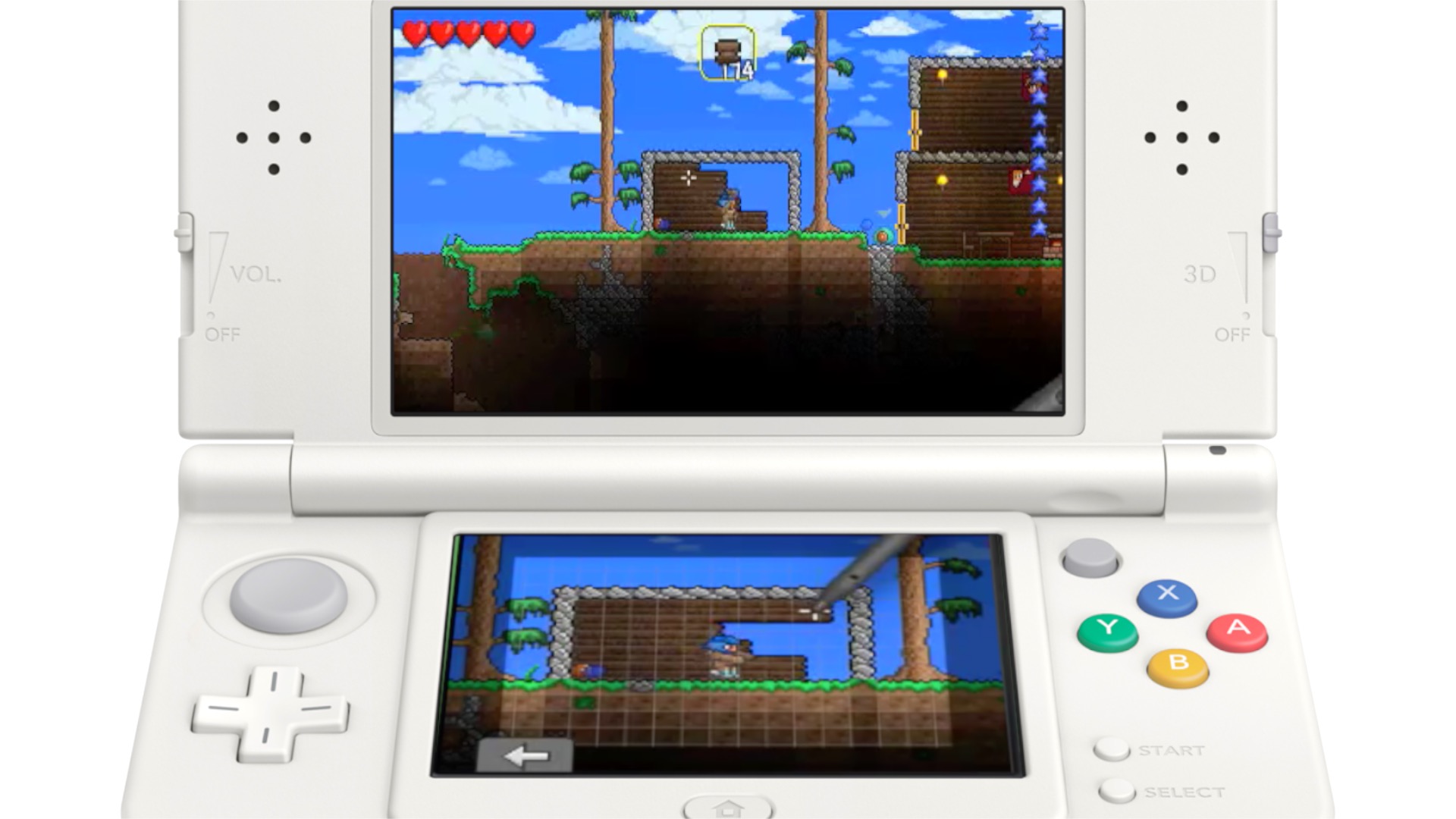 Soon after the news that Terraria would be released on both 3DS and Wii U in early 2016 the public had a chance to try it out for themselves at Gamescom.

The game made full use of 3D on the top screen while keeping things like the map, inventory and zoomed in mining on the bottom. It was a scheme that worked well and has received positive comment both at the show and online.

As you can see from the footage in the video below, the game spots a comprehensive introduction fore new comers along with the majority of features for experts. There is some debate over which exact version of Terraria will make it onto 3DS, this seemed to be 1.2 at the show, but with modern handhelds being able to download updates it shouldn’t lag behind for long.

It will be interesting to see how this is handled after some Minecraft players complained over a lack of features in the Pocket Edition of the game on tablets. Equally, others seemed to prefer the infinite worlds and touch screen interface.

Either way, keep an eye out for Terraria on 3DS and Wii U in the new year. Both offer multiplayer as well, 4 people on the 3DS and 8 online on the Wii U. The Wii U will also have a local 4 player split screen mode.