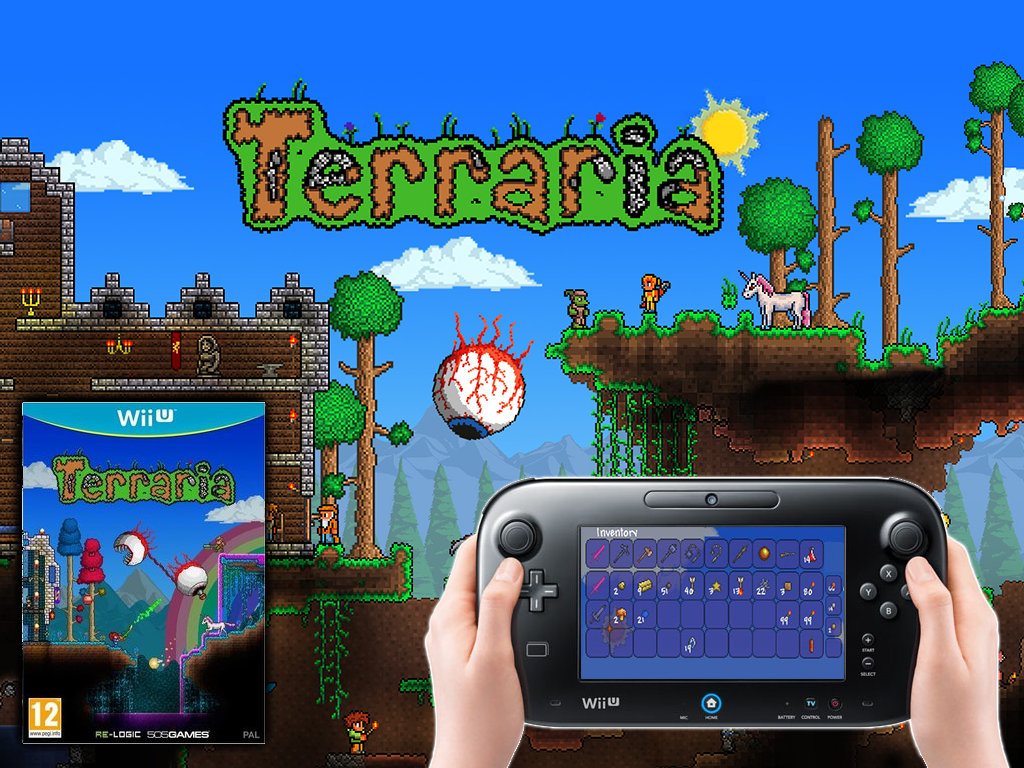 With the ongoing absence of Minecraft on both the Wii U and 3DS, Re-Logic’s 2D swoop in to announce Terraria is coming to Nintendo platforms in the first quarter of next year.

Publisher 505 Games recently announced that both versions will feature touch-screen controls and also support online multiplayer – 8 players on Wii U and 4 on 3DS. However it’s the local multiplayer of the console versions of both Terraria and Minecraft that have hooked families fastest.

It will be interesting to see how the developer makes use of the Wii U’s touch screen interface. This has the potential of leaving more screen real estate for the action while offering constant access to menus.

In my family Terraria has eclipsed Minecraft in terms of popularity with the children preferring the more story-led game-play despite the more limited two dimensional play-field. This, combined with the four player split screen collaboration has proved a compelling experience. You can follow their progress with the game via their Let’s Play Terraria video series.

Terraria on Wii U will be on demo at Gamescom next week, I’ll check back with a hands on report.