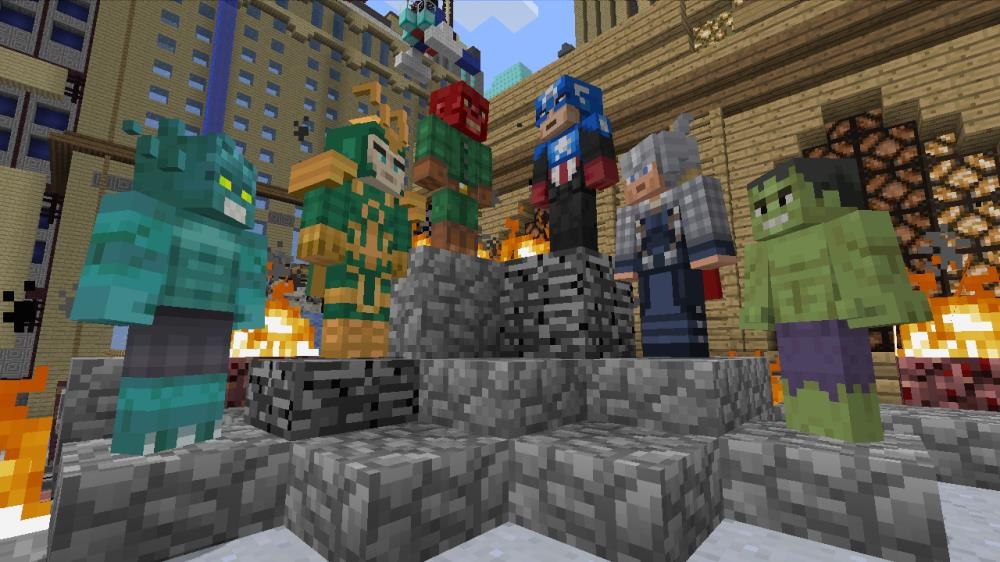 Earth’s Mightiest Heroes are now running around the Minecraft world and saving the day! Trading in New York for your favourite blocky biome, The Avengers are getting ready to take down the bad guys in a world-shattering clash. See them in action in this new trailer.

All present and correct are the most famous heroes from Marvel’s Avengers comics: Hulk, Iron Man, Hawkeye, Black Widow, Captain America, Thor, Nick Fury, Maria Hill, The Vision, and Ant Man. They’ll be facing off against the most dastardly villains ever seen, including Loki, Red Skull, and MODOK. Prepare to assemble your team and avenge!

The Avengers skin pack for Minecraft Xbox 360 edition is available to download now from the Xbox Store, and costs £1.99.