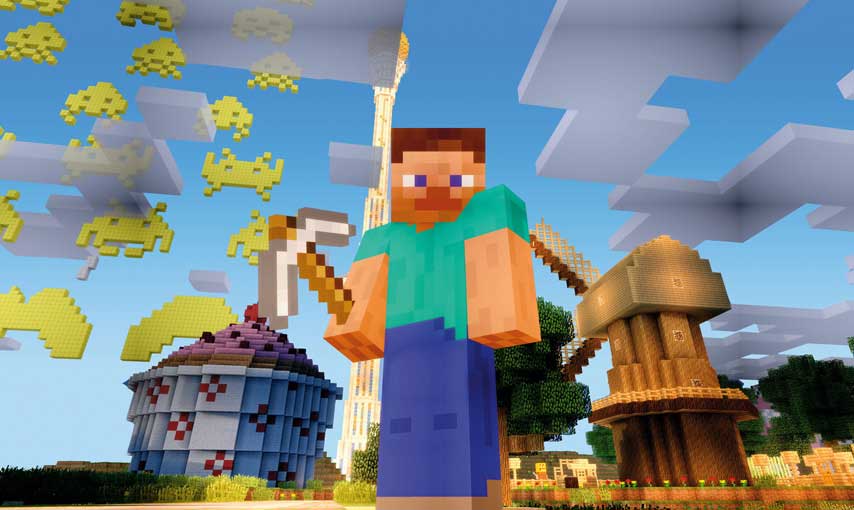 New items you will now have access to include Emerald, Emerald Ore, Block of Emerald, Ender Chest, Golden Carrots, Pumpkin Pie, Poisonous Potatoes, Night Vision Potion, Invisibility Potion, Nether Quartz, Carpets, Quartz Stairs, Tripwire Hook, Enchanted Book, Cobblestone Walls and more. Some of the new features include new recipes for Smooth Sandstone and Chiseled Sandstone, new Zombie Villagers Mobs, new terrain such as Desert and Jungle Temples, more trading with visitors, being able to ride and control pigs with a carrot on a stick, different Villager professions, and much more. There’s also some great fixes to previous problems. To check out some of the new stuff in detail, take a look at our previous Minecraft Update feature, Minecraft Update 14 brings Invisibility and Teleporting.

With all this awesome new stuff to try, we can hardly wait to see hear what you think of the new update. The release dates for the PlayStation Vita, PS4 and Xbox One versions have not yet been revealed, but check back here or follow our Twitter for the most up to date Minecraft news.