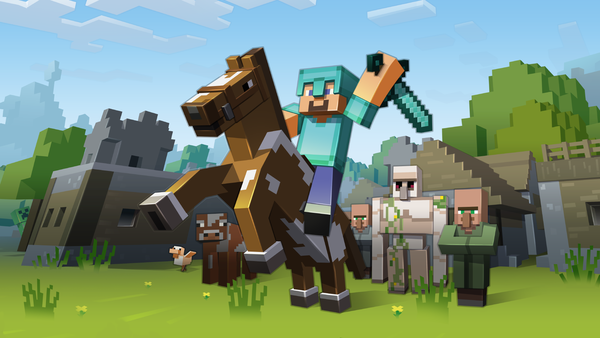 The awesome new Title Update 19 for Minecraft has finally been released. It adds lots of amazing new things to the game, including horses!

The update, now called Content Update 7 instead of Title Update 19 (because we’re on the new consoles now) is available on Xbox 360, Xbox One, PS3, and PS Vita, and will soon be on PS4, too.

Now the update is out for everyone to play, there is tons of new stuff for players to do. From dyed clays to huge firework displays, there’s loads of stuff in the update that’s never been seen before on the console versions of Minecraft. And because of that, there may be still a few bugs and things going wrong. If you’ve been playing Minecraft with the new update and have had something go crazy, 4J studios want to know! Just send them a tweet telling them what happened in your game, and they’ll get to work fixing it!

For more awesome news and stories about Minecraft, check out the Minecraft channel.