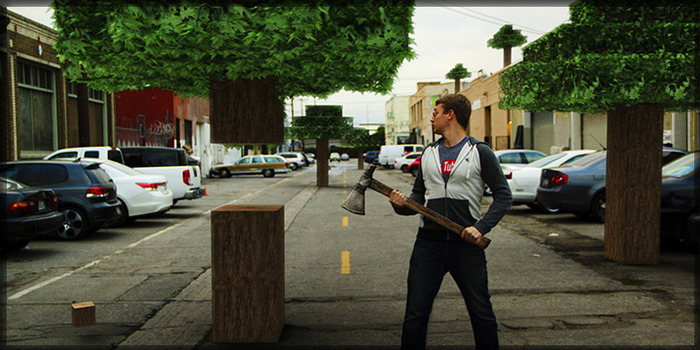 We may be just months away from seeing a live-action Minecraft movie! That will be reality if Brandon Laatsch gets his way. He’s raising money to make Birth of Man, a movie set in the Minecraft world. Check out his trailer for it below.

The movie, if it gets made, will have live action actors but a computer-generated world to make everything look blocky as it is in the Minecraft game. The film will only get made though if Brandon can raise $600,000 dollars, which is the amount of money he needs to be able to afford to make Birth of Man. He’s raising this through Kickstarter, a website where people can donate money to people making things like films and games.

That’s a lot of money to raise, but people really love Minecraft, so it’s quite likely that he’ll be able to get the $600,000 he needs. So sometime soon, we could see this trailer become a whole film!