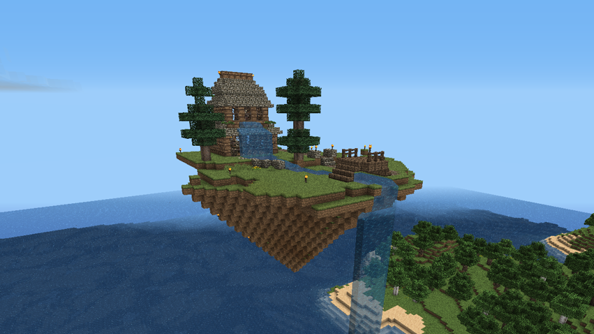 For the last 300 days, the team at Mojang have been busy creating Minecraft PC version 1.8, also known as the Bountiful Update. It’s jam-packed full of amazing new things, some which you’ll be able to see, and other you can’t. But it all comes together to make the biggest, best update we’ve seen for a long time.

Ticking behind the scenes are new parts that help Minecraft run smoother and better than before, but it’s what’s new in the game world that we’re really interested in. We knew that rabbits were being added to the game, and you can find them on the fields from today. That killer bunny is out there too, so be careful when you get close! Endermen now drop red grubs that will burrow and scurry around when they teleport. There are also new underwater temples filled with gold, deadly Guardians, and two new treasures: sea lanterns and slime blocks.

Elsewhere, you can find new stone types, iron trapdoors, banners, armour stands, barriers and doors. Floating islands are also back in the game, and there’s a new multiplayer mode where your character has smaller arms and better skin support.

To play the brand new update, just start-up Minecraft and let it download the 1.8 patch. You game will then automatically play the most recent version of the game. And to keep up with every new change in the world of Minecraft, take a look at our brilliant Minecraft channel.