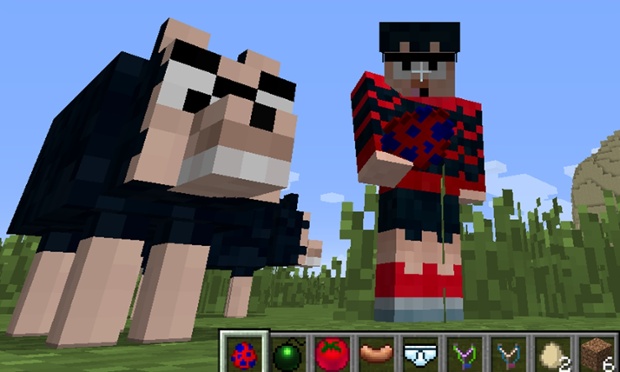 Dennis the Menace has been the star of The Beano comics and a cartoon TV show, but now he’s here to cause trouble in Minecraft thanks to a new mod. This new PC mod adds Dennis and his dog Gnasher to the game, as well as all the tools they need to pull pranks on Dennis’ nemesis Walter.

The mod is official, meaning that the people who make The Beano comic have decided to make it rather than it being a mod made by fans. It not only adds skins of Dennis, Gnasher, and Walter to the game, but also items like the catapult, rotten tomatoes, and stink bombs. It’s everything you need to play all kinds of funny tricks on other people.

The video above from ChoosChoosGaming is the official review of the mod, and shows off how to use all of Dennis’s gear, including making an army of Gnashers than can bite your enemies!

To download the mod for your own Minecraft game, just visit this website and follow the instructions. And for more amazing mods and stories, take a look at our Minecraft channel.