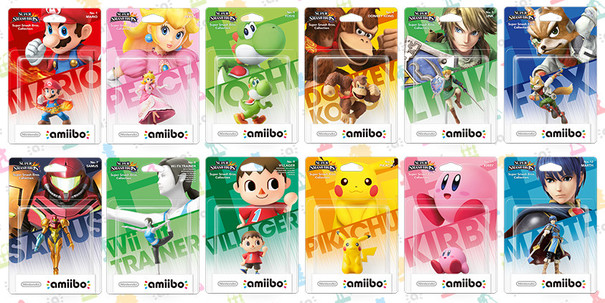 If you love your Toys-2-Life games, then you’ll be really interesting in Amiibo, Nintendo’s upcoming version of the kind of games that Skylanders and Disney Infinity are already amazing at. Amiibo  is a little different, but you’ll still be using toys of your favouite Nintendo characters in your games. Nintendo has now announced how much each Amiibo figure will cost, and it’s around the same price as a Skylander or Disney Infinity character: £10.99.

The characters will be available from November, and the first twelve will be Mario, Peach, Link, Samus, Yoshi, Donkey Kong, Pikachu, Kirby, Fox, Marth, Villager and Wii Fit Trainer. We expect them to release around the same time as Super Smash Bros. Wii U, so could Nintendo be hinting that we’ll be seeing Super Smash Bros. Wii U this November?

Amiibo figures will work with the Wii U gamepad, as well as the upcoming New Nintendo 3DS.

To keep up to date with everything Amiibo and Super Smash Bros., check out our Nintendo channel, where you can find great trailers, screenshots, and the latest stories.