See Maleficent and Merida in action in Disney Infinity 2.0 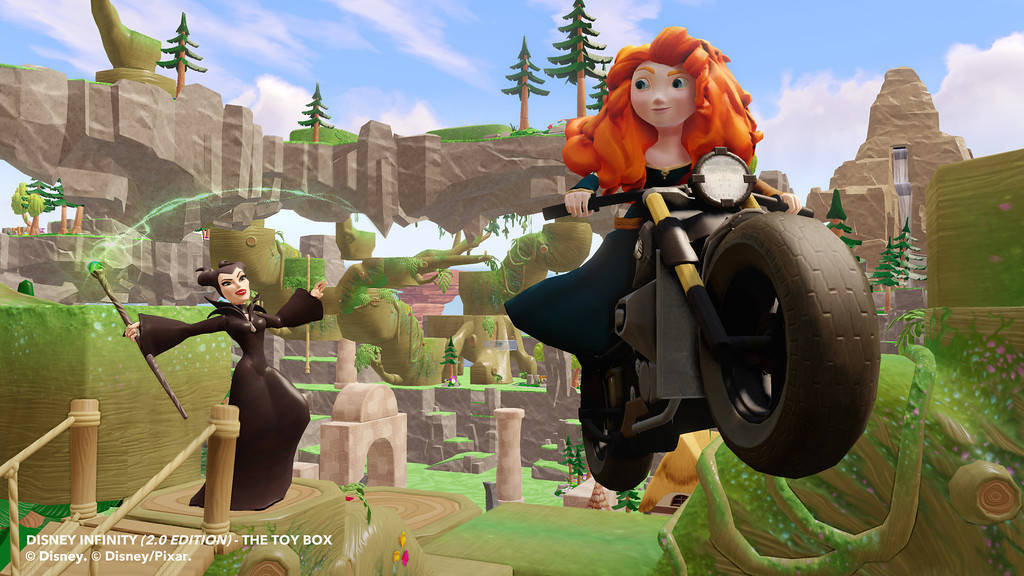 Things are all changing over in Disney Infinity this year, and it does all feel a bit Marvel-heavy. If you’re not into superheroes though, don’t worry: Disney characters will still be in the game, and they’ll be just as powerful and feature-packed as their Marvel friends. Andy from Family Gamer TV got to spend some time with Maleficent and Merida in the Toy Box to see how they worked.

If you were worried that it was only Marvel characters getting new tricks, then take a look at this video. You can see that every new character, Disney or Marvel, gets a skill tree, with loads of skills to level up and unlock. This makes all of Disney Infinity 2.0’s characters much more versatile, letting you make them the character you want them to be.

Merida and Maleficent don’t have Play Sets of their own, but they come with all their own items for the Toy Box. Instead of adventures each non-Play Set character has challenges to complete, which unlock great new things to use when building things in the Toy Box. You can see some fun going on in this video, as Merida flies around in the Muppet space ship, and uses Power Discs to change the background of the world.

If you loved this video, follow us on Twitter for loads more amazing stories and gameplay footage, and subscribe to Family Gamer TV on YouTube. And if you’re looking for more amazing Disney Infinity videos, why not look at this great video of The Avengers Play Set.