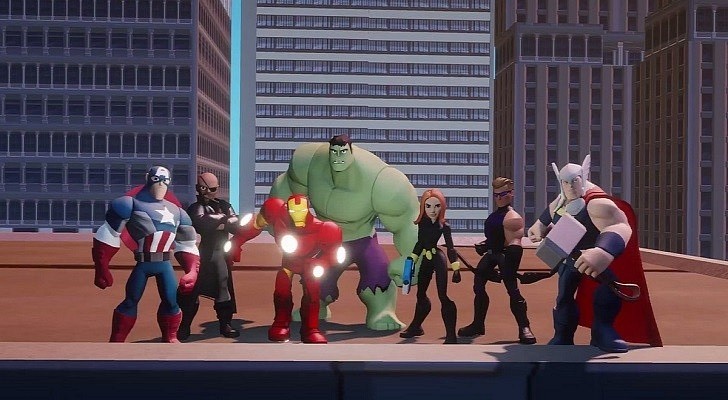 We’ve seen the trailers, but now it’s time to get up close and personal with the action in Disney Infinity 2.0. Andy from Family Gamer TV has been in Los Angeles to take a look at the game, and now you can watch his video where get gets to dive into the very first level of The Avengers Play Set. The Avengers’ tower is being invaded by Frost Giants, so it’s up to our favourite super hero team to take them down.

In the video you get to see lots of action as all the Avengers fight off bad guys. You can see how each character has a mix of ranged and close attacks, like Iron Man being able to punch or use his repulsor lasers, or Hulk smashing up close or leaping across the room to hit a ranged enemy. Some are more skilled than others though, with Hawkeye being a really good ranged character with his bow and arrow but less good up-close. This means playing two-player co-op is great, because one player can be ranged with Hawkeye whilst the other beats down the crowds with a brawler like Thor.