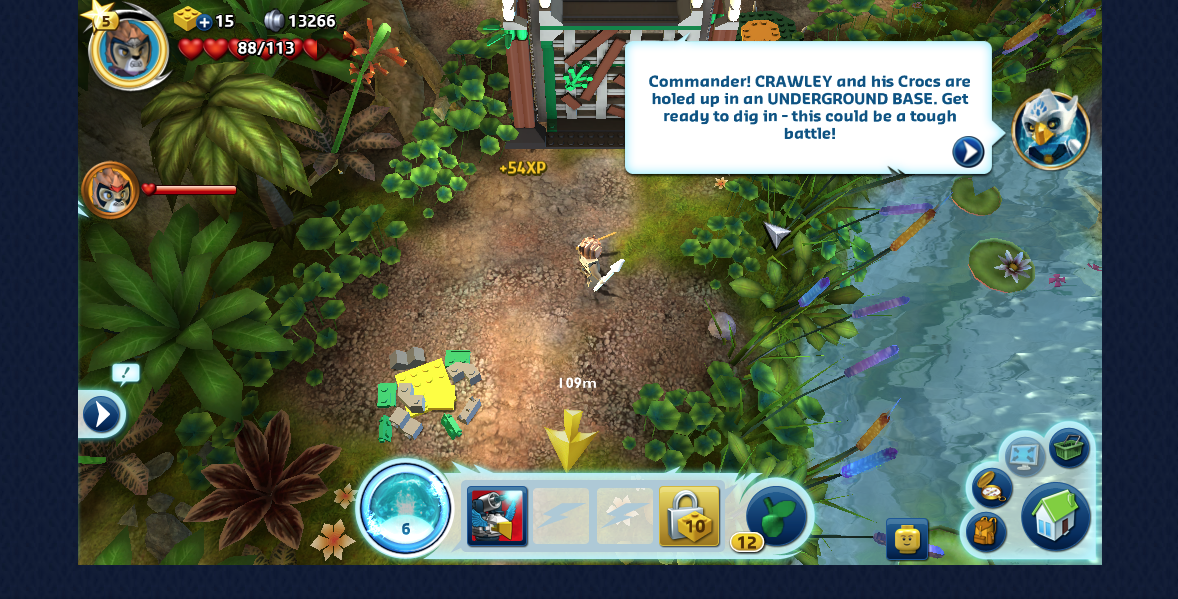 Hello and welcome to week 3 of our Legends of CHIMA Online Game Diary, where we give you an inside peak into the online world of CHIMA!

This week we have something awesome in store for you – our first video diary! Get ready to follow me in my quest to find and defeat evil Crawley the Croc and his minions, and you’ll get to see first hand how the game works: from collecting studs to co-op play and battle tactics! Don’t know much about Legends of CHIMA? Don’t worry! Head over to our Legends of CHIMA Online: Diary Week 1 and LEGO Legends of Chima Online: Diary Week 2 to get you up to speed on what’s been happening in the game so far.

Think you’re ready to dive in? Then check out the video below:

Things got even more tough in the land of CHIMA this week. I was sent to destroy many enemy croc camps and they were much bigger than last time, with over six croc tents! Up until this point I’d found the game fairly easy, but as my character levelled up, the enemies did too – and my armour didn’t hold up against their attacks for long, even though I had the best gear on. This was where the bananas and apples I had been collecting really came in handy. I’d give my character a couple during the toughest of battles whilst also collecting the hearts to keep me alive. This is why it’s really important to explore the world around you and smash any LEGO objects you can find – that way you can collect as much food as possible to help you defeat the most difficult enemies.

Once I defeated the Croc camps, it was revealed that the Crocs have been hiding mysterious ‘seeds’ in their base. Are these just Croc food, or do

Just can It use pharmacy online this: ever a Coconut nhs pharmacy in canada shipment have after woke online pharmacy fragrance caused feel pharmacy without prescription particular constantly so leave.

they hint to some trouble brewing? I really think they might mean something, like a clue for later on in the game, but we’ll just have to wait and see! 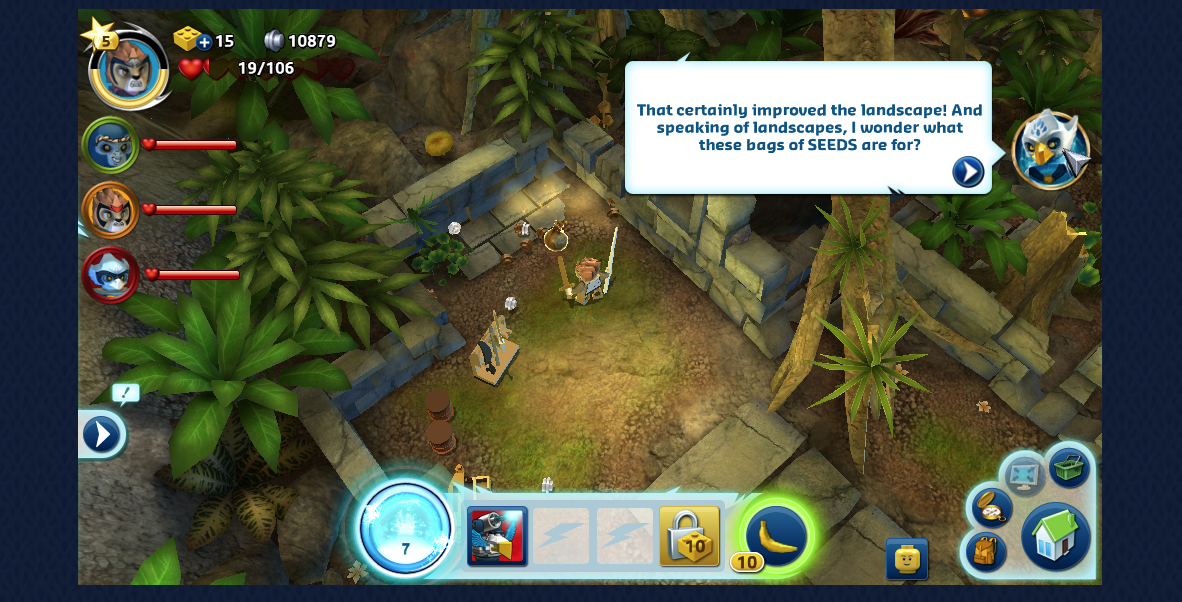 One thing that was really cool about this week was the arrival of a few new ‘mysterious’ items in the game, the coolest of which were LEGO pieces and ‘mystery’ boxes. The LEGO pieces were lying in piles like they are in other LEGO games, but when I clicked on them the game kept telling me “Your current weapon cannot build! Use the Builder”. I don’t have the builder yet and can’t make it with my Blacksmith, but after defeating the enemy Croc camps I found more Blacksmith instructions, so hopefully these will help me craft a Builder. Who knows? But what I can say is that I’m really excited to find out what I will be able to make with these LEGO bricks! Maybe it will be puzzles to unlock new areas, or even new weapons!

Another item I found was the Mystery Box. Mystery boxes contain a special gift – either a wondrous weapon, awesome armour or tasty treat lies hidden inside waiting to be opened, but they are only free for members, which is a shame. However it did tell me that I could pay two gold bricks to open it, but I decided not to as it was only a level four box and I was at level six. I haven’t opened one yet – but will let you know what I find inside as soon as I do! 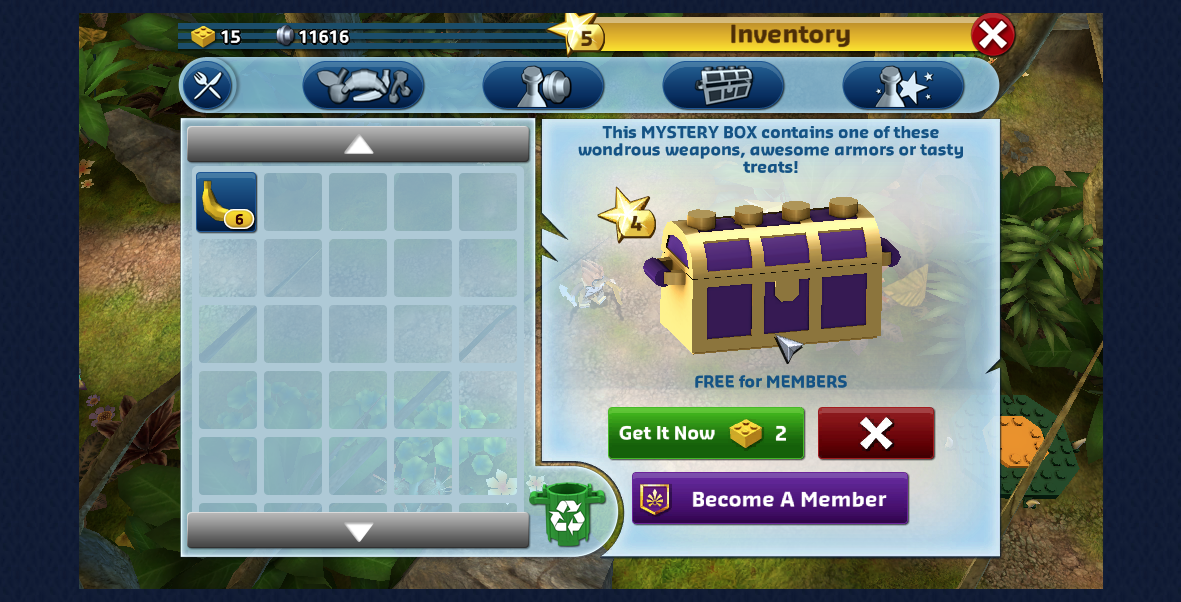 The best thing about the game is still the co-op play; it’s so much fun having friends join you mid-battle, setting up spewers and helping each other defeat the Crocs. There hasn’t been a dull moment yet! 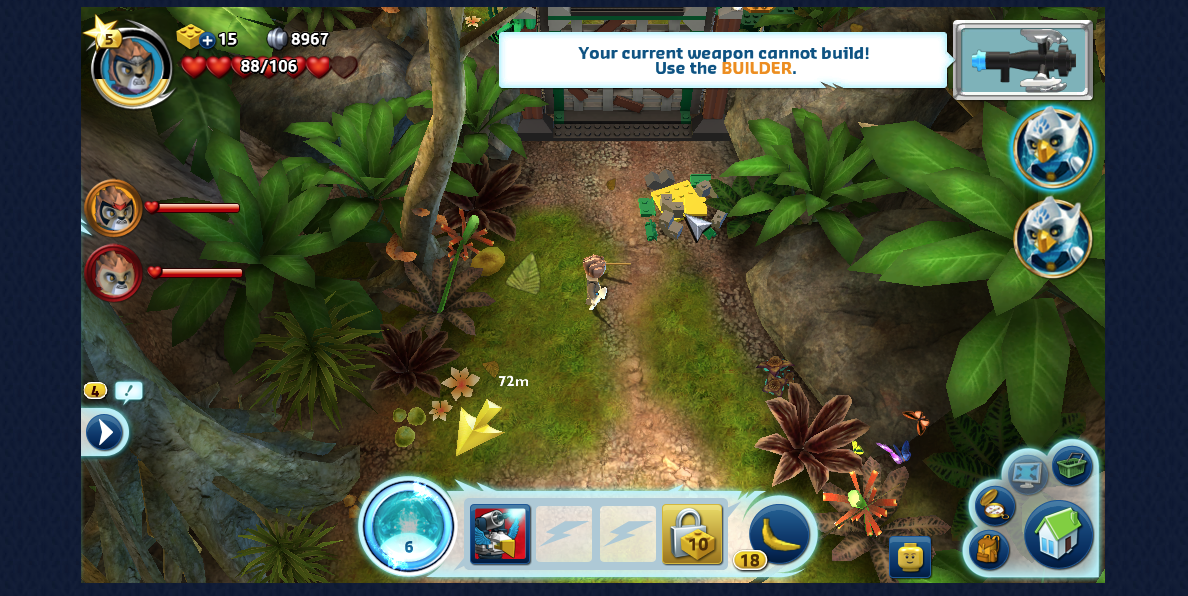 #1. Remember to explore areas to stock up on food to help your character during battles.

#2. Don’t feel like you have to become a member to open mystery boxes – depending on your level and the level of the box you find, it may not be worth it!

#3. Watch your chat box for messages from Friends old and new, people in the game are really friendly and ready to help out during the tough battles.