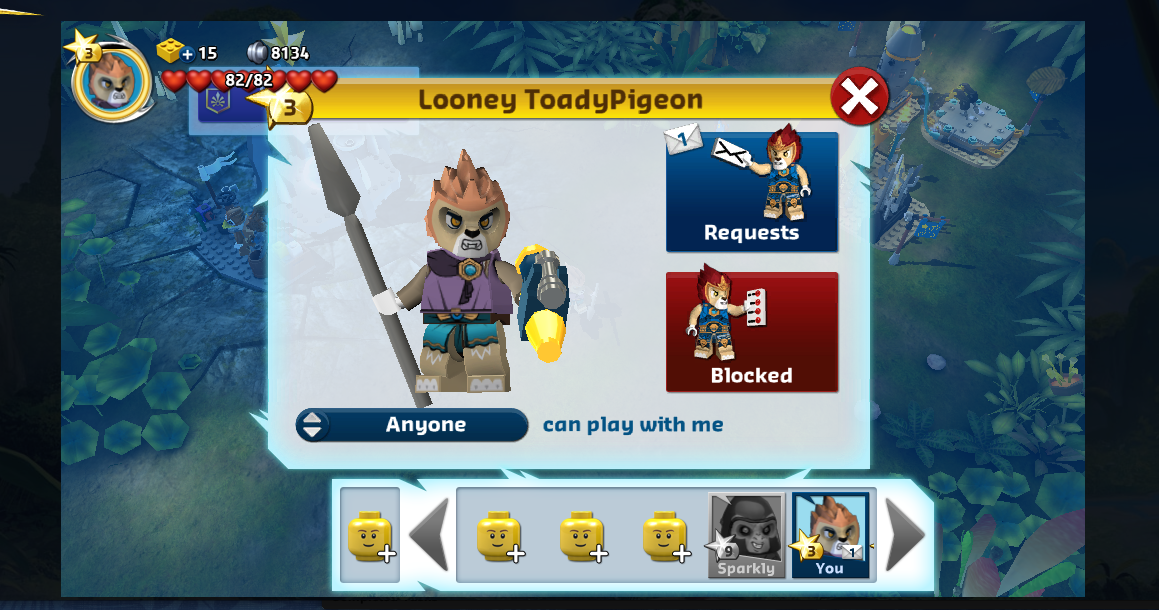 Hello and welcome to week 2 of our Legends of CHIMA Online Game Diary, giving you an inside look at the awesome adventures that take place in the online world of CHIMA.

This week I’m looking at Friends and Foes, getting to grips with co-op play and more advanced battle techniques. Don’t know much about Legends of CHIMA? Then check out the trailer below, or head on over to our Legends of CHIMA Online: Diary Week 1.

This week the game really came on in leaps and bounds. From the simple battles I was taking on last week with up to 5 Crocs at a time I now found myself facing more than 20 Crocs at once! I got to grips with co-op play and more advanced battle techniques, learning how to team up with other players to take on larger foes and use special powers to aid me in battle. 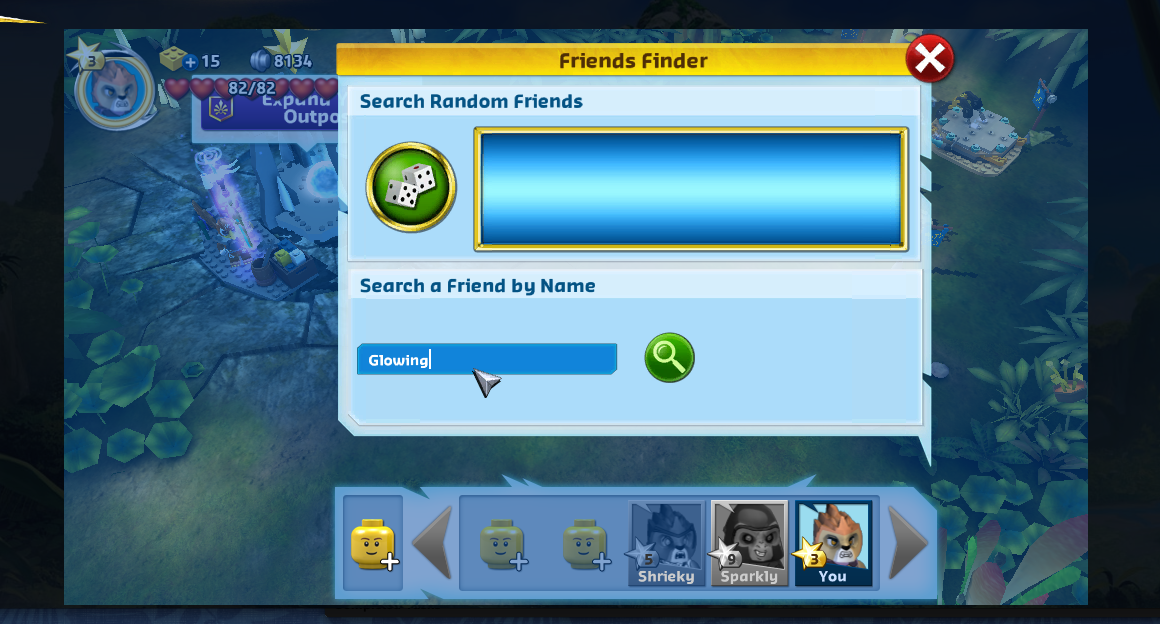 Although you can chose to play this game completely by yourself a large part of making your experience fun is teaming up with friends new and old. To do this can be a bit tricky because it isn’t fully explained in the game, so I had to figure it out by myself. I found out that I can choose who I play with by heading home to my outpost and clicking on my picture in the top left of the screen. Here you can select whether you want to play with ‘anyone’, only ‘friends’, or just by yourself. I chose ‘anyone’ because I want to try to make lots of new friends in the game to experience as much of it as possible.

One really cool thing about this game is that because it’s online, you can play with your friends even if they aren’t in your house. My friend also decided that he wanted to team up with me, so I had to figure out how to add him as a friend and join him for the next part of my adventure. In the bottom right side of the screen there’s a little LEGO head near the menu, and I had to click on this to bring up the Friends Menu. Here there were lots of LEGO heads with ‘+’ signs and all I had to do was click on one of these to bring up the search for friends screen. You’ll need your friend’s character’s name to do this – not their user name. 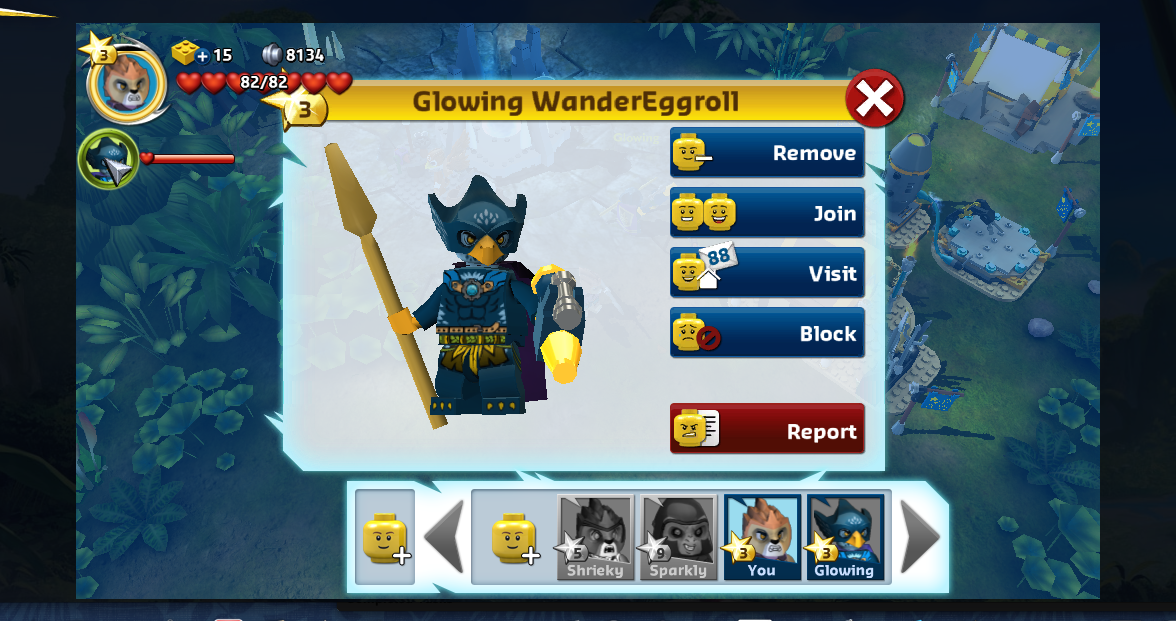 Once I typed in my friends character’s name his picture appeared on the screen so I could send him a friend request like I normally would: by clicking on his picture and selecting ‘Add’. Now I had added my friend, but how would I join him? This turned out to be super easy to do, all I had to do was click on his picture in the Friends Menu and this brought up another menu, which gives loads of options: to remove, join, visit, block or report the player. I clicked on join and hey presto, I teleported to where he was. With him by my side we were finally ready for our first encounter with the terrible Crawley the Croc. 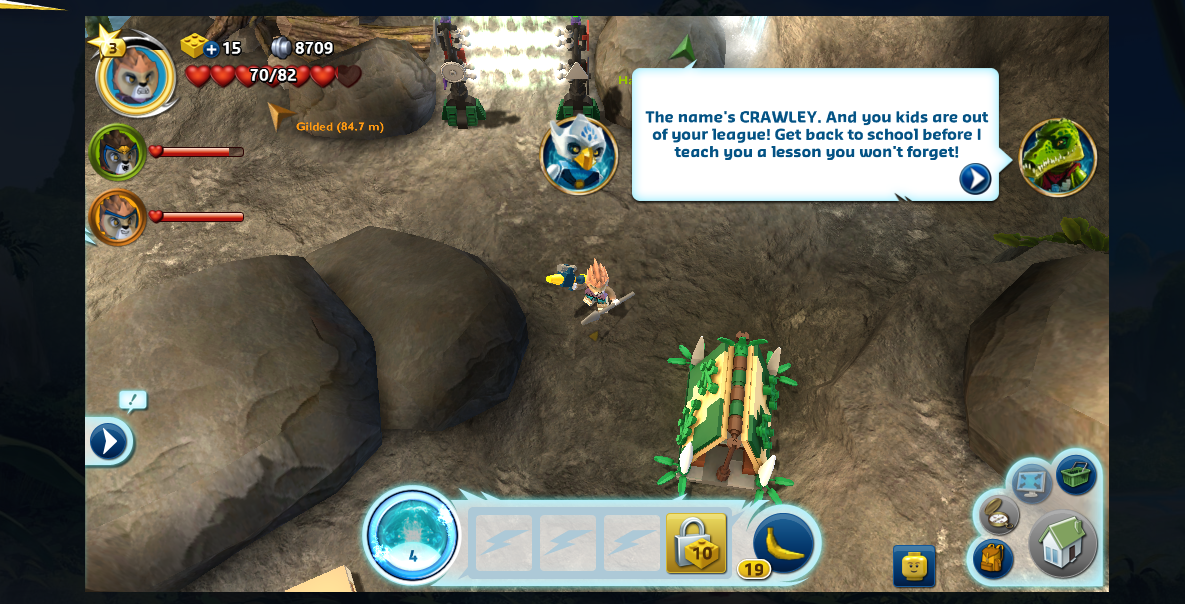 And boy was I glad that I had someone to back me up because the next part of the game is where it all starts to kick off! Travelling to the centre of the island we had our first meeting with a big baddie: Crawley the Croc. Crawley’s really important because he is one of the top minions to KING Cragger, the Croc who wants to control the CHI and rule all of CHIMA. This is where the game really stepped up to another level, as Crawley has his own army of minion Crocs, making battles with his team sorta like boss battles in Skylanders and other games. He was tough to take on, but this was just a taster of what was to come! 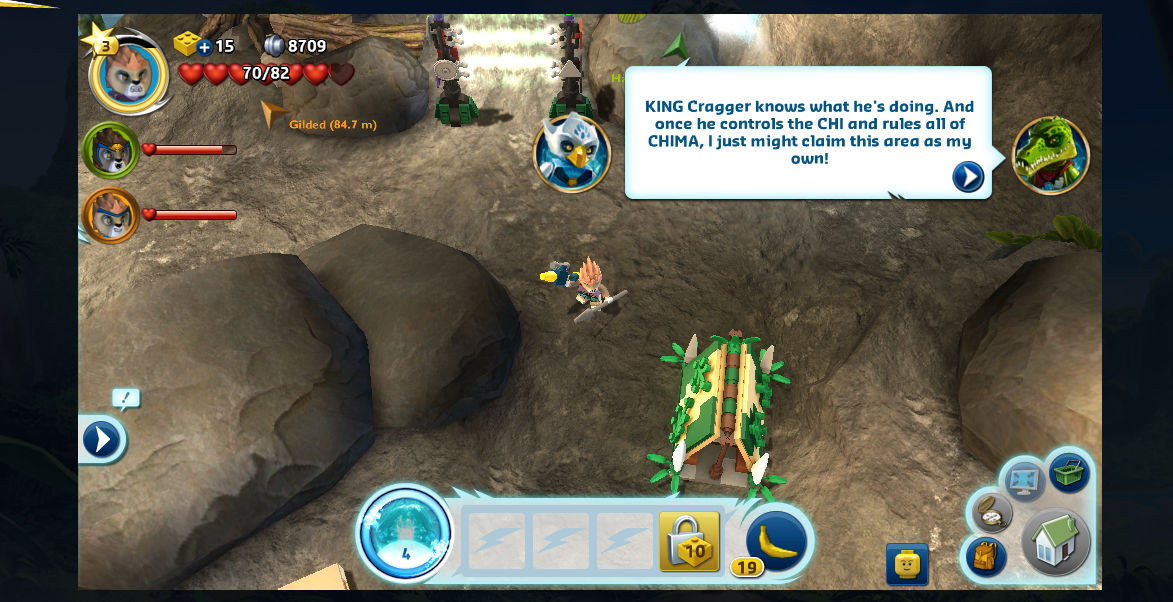 After defeating Crawley I learned how to use Sonic Boomers to blast my way through those pesky gates that had been blocking off areas up until now, which opened up lots of new areas to explore (and more battles to take on). The Crocs have been raising the energy fields to keep us out, so the Sonic Boomer is really important to help take back CHIMA. One of the coolest parts of exploring these new areas was learning about ‘power buildings’ and how to build your first one. These buildings are built in your Outpost and basically make special powerful weapons for you, each offering a new and awesome advantage in battle. This first power building I made enabled me to make Spewers. 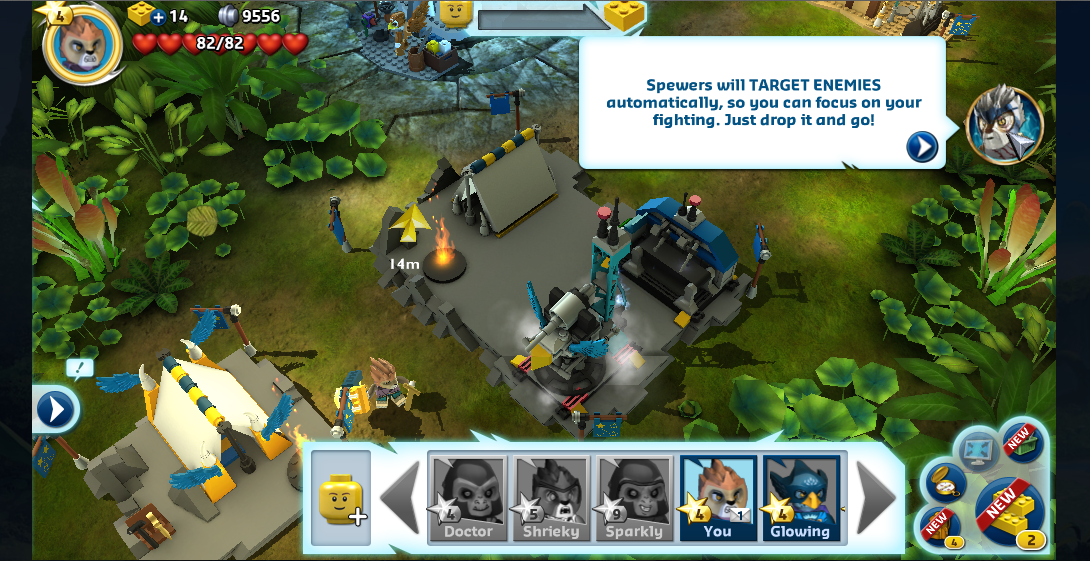 Spewers are just like weapons that don’t need people to operate them – they work automatically to attack enemies leaving you free to do things, or get any enemies they miss, sort of like the plants in Plants vs. Zombies. Exploring new areas also unearthed lots of awesome new objects, in particular a really cool ancient portal pad in the forest! This lead me into the craziest battle yet. After activating the ancient portal, loads of crocs were trying to take it over, and my team used our Spewers to try to knock them back whilst also battling fiercely to protect it! The Croc’s kept coming from nowhere, but after a couple of minutes of fearsome battling we had defeated them. We barely made it through with our lives intact though!

This game is certainly shaping up to be loads of fun and a lot tougher than I expected. I’m certainly looking forward to the next part, and becoming more advanced in battle. Those Crocs don’t stand a chance!

#1. Joining friends in the game is easy. You can join them by clicking on their picture, either in the Friends Menu or by clicking their image on the map and choosing join.

#2. Have fun exploring, you don’t always have to go straight to your mission. Why not visit friends’ outposts?

#3. Don’t forget to upgrade your home and blacksmiths if you have the gold bricks and studs to. It’ll make your game a lot easier and pays off when your coins and items are made much more quickly, giving you more time to have fun.

#4. Make sure to check the shop regularly, especially when you level up. You want to have the best gear equipped to take on Crawley and his minions.

#5. Be prepared: whether that be with friends in co-op play, or by buying the best gear, or by using awesome power weapons like Spewers.