Even more Amiibo figures coming in 2015 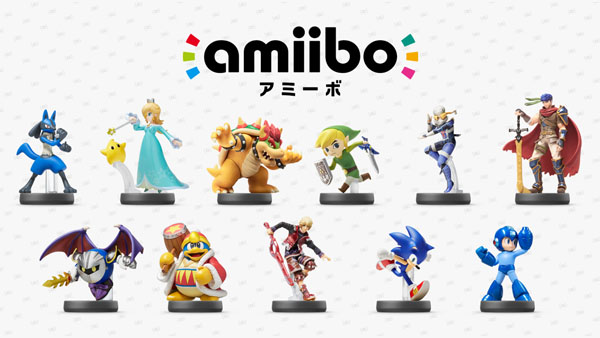 Nintendo’s toys-to-life figures Amiibo will be released this month when Super Smash Bros. Wii U comes out. Like Skylanders though, we won’t be saying hello to every character on the same day. Amiibo will launch in waves, with Wave 1 coming out this month, and Wave 2 following up in December. But now Nintendo has announced a whole new wave which will appear in 2015.

In January 2015 we will see Bowser, Ike, King Dedede, Lucario, Meta Knight, Rosalina & Luma, Sheik, and Toon Link join the Amiibo clan. And then in February Mega Man, Sonic, and Shulk will enter the group.

All the Amiibo figures can be used in Super Smash Bros., but there will also be other games coming out in 2015 that will use them too, like Captain Toad: Treasure Tracker, Kirby and the Rainbow Curse, and Mario Party 10. Older games will also start using Amiibo, too, like Mario Kart 8 and Hyrule Warriors.

The first Amiibo figures will be released November 28th in the UK. To stay up to date with the best games on 3DS and Wii U, visit out Nintendo channel.