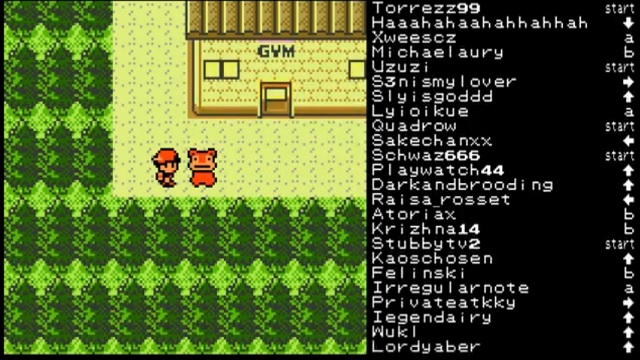 Have you heard of the latest big thing on Twitch? Twitch Plays Pok?mon is an incredible idea, where everyone watching the Twitch live video of a game of Pok?mon can help play. The only problem is, thousands of people are trying to play at the same time, which creates some hilarious results! 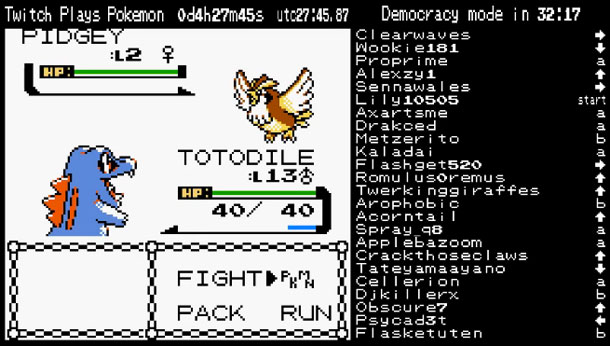 A Pokemon battle, with thousands of trainers shouting their commands!

Twitch Plays Pok?mon first played Pok?mon Red, which took two weeks for watchers to complete. The way it works is simple: in the Twitch chat you type what button on the Gameboy you want to press, and then the game does it. But when thousands of people are shouting ?Up!? whilst another thousand are shouting ?B!? in the chat, things get a bit confusing but very funny.

Amazingly viewers managed to finish Pok?mon Red, and now they?re playing Pok?mon Crystal, the third game in the Pok?mon series. To check out what?s going on, go to the Twitch Plays Pok?mon channel to see the game in action. If you sign up for Twitch, you can also comment in the chat and help play the game. So far players have managed to get three out of the eight gym badges, but there?s still plenty to do so get stuck in!