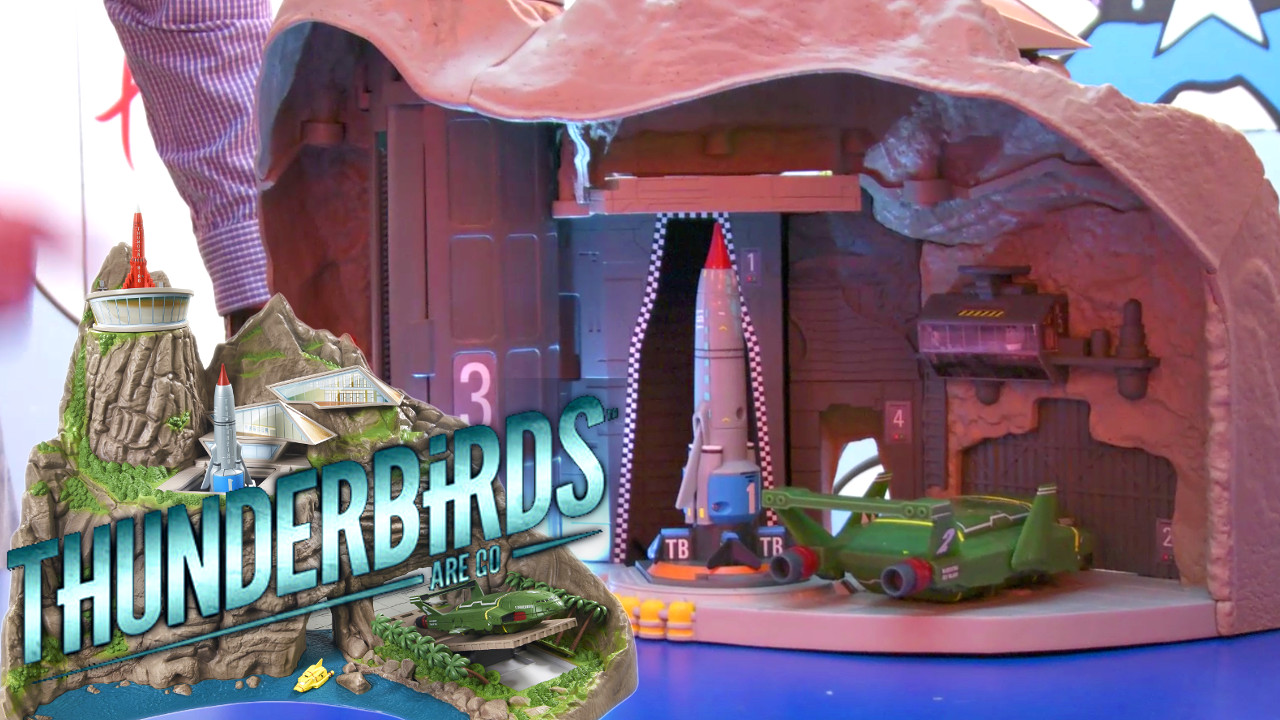 Back in the 90s the original Tracy Island caused a stir by selling out nationwide. This prompted a now famous Blue Peter make-your-own-from-egg-boxes segment.

This year toymaker Vivid are relaunching a new version of Tracy Island for the Thunderbirds Are Go ITV show that started airing this month. After revealing the toy at London Toy Fair a prototype has been provided for press and we can finally see what the finished product will look and sound like.

For starters the new 2015 Tracy Island is larger that the 90s version, at around twice the size of the original. This time round most of the action happens at the back of the toy. Here it houses the full range of Thunderbird vehicles and labs for some creative play. Sounds and lights proliferate and add a sense of classic TV action. Here’s what ToyTesters.TV made of it:

Thunderbird 1 appears from under the pool, Thunderbird 3 launches out from the guest house and Thunderbird 2 rolls onto the runway at the front of the playset. At the back you find much more detail, including Brain’s functioning lab. Also, placing the smart vehicles on the different launch pads uses technology not dissimilar to that found in Skylanders, Disney Infinity and LEGO Dimensions to cause both sound effects and flashing lights in time to the iconic Thunderbirds countdown to launch. Each of the vehicles is then  raised into position with a series of motors. The playset also provides a communicator watch with 40 different audio queues for Thunderbird scenarios.

The only snag here is that it currently seems that the Island playset itself (£79.99 in the UK ) doesn’t include a full set of Thunderbirds vehicles. These will be sold separately. We’re hoping that you at least get one or two vehicles in the big set. You can also by figure characters to go with the playset although again it’s unclear in the prototype whether they will fit in the vehicles.

As long as the price is right this new Tracy Island and wider Thunderbirds Are Go range of toys should do well. Whether it will manage to sell out this year competing with other collectable and technological toys like LEGO Mixels, Skylanders and LEGO Dimensions, remains to be seen.