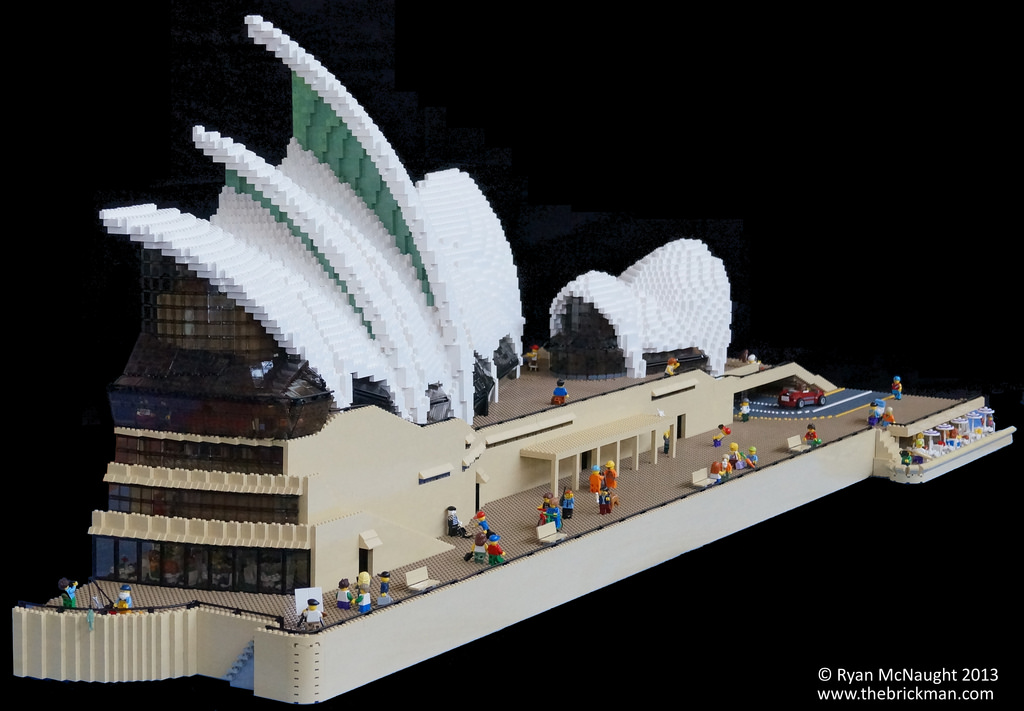 In another fantastic LEGO build from Ryan McNaught, who did this amazing Rome Colosseum, this is the Sydney Opera House: a really famous theatre in Australia well known for it’s interesting shape. Like McNaught’s other build, it has both inside and out sections, with the big sails and walls outside, and an auditorium full of singers inside. 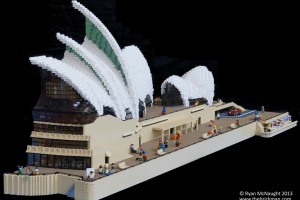 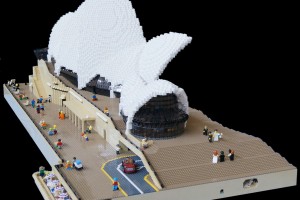 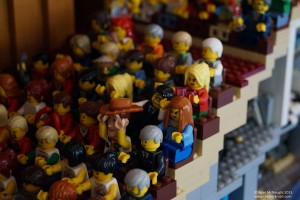 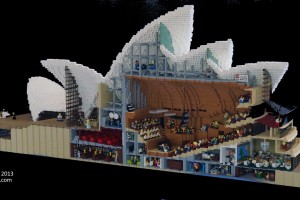 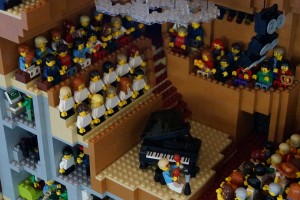 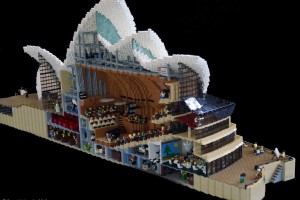 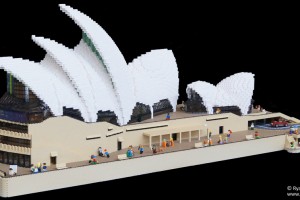 Ryan didn’t build this one on his own though. He had help from Erik Varszegi, another professional LEGO builder. They each built one half, which would connect together to make the full build. One of them built the base and the inside sections of the Opera House, whilst the other made the tricky outer shell ‘sails’, which were quite difficult to recreate because of being curved. Not as difficult as putting the whole thing together though, because Ryan lives in Melbourne, Australia, and Erik in Connecticut, USA! They kept in touch with emails and even made a model of the build on the computer to make sure they knew what bricks would fit together, even if they weren’t making that part themselves.

Now the two sections are finally together, and we can see in these pictures how amazing the finished build looks. For more awesome builds, check out our LEGO builds pages.