Spider-Man and Venom swing their way into Disney Infinity 2.0 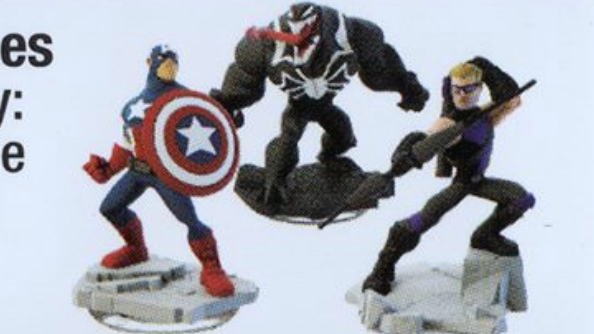 Spider-Man’s most fearsome villain – the black symbiotic alien Venom – has been spotted by Family Gamer TV in Disney Infinity 2.0! In an advert from shop Target, Venom’s amazing figure can be seen, along with a very important date: September 23rd. That’s the day we’ll be able to buy Disney Infinity 2.0! For all the details, here’s Wes in a brand new video.

The Spider-Man set will come with Spidey himself and the Green Goblin, and Venom will be sold separate. In other Marvel figure news, the Guardians of the Galaxy pack will not be Rocket Raccoon and Groot as seen in the trailer, but Star Lord and Gamora. You’ll be able to get Rocket and Groot, as well as Drax, separately, which means you’ll be able to play as the whole Guardians team. Awesome!

It also looks like Iron Fist may be in the game too, the incredible martial-arts hero who can punch with the force of a dragon! Also rumored to be in Disney Infinity 2.0 are characters from the next big animated film Big Hero 6.