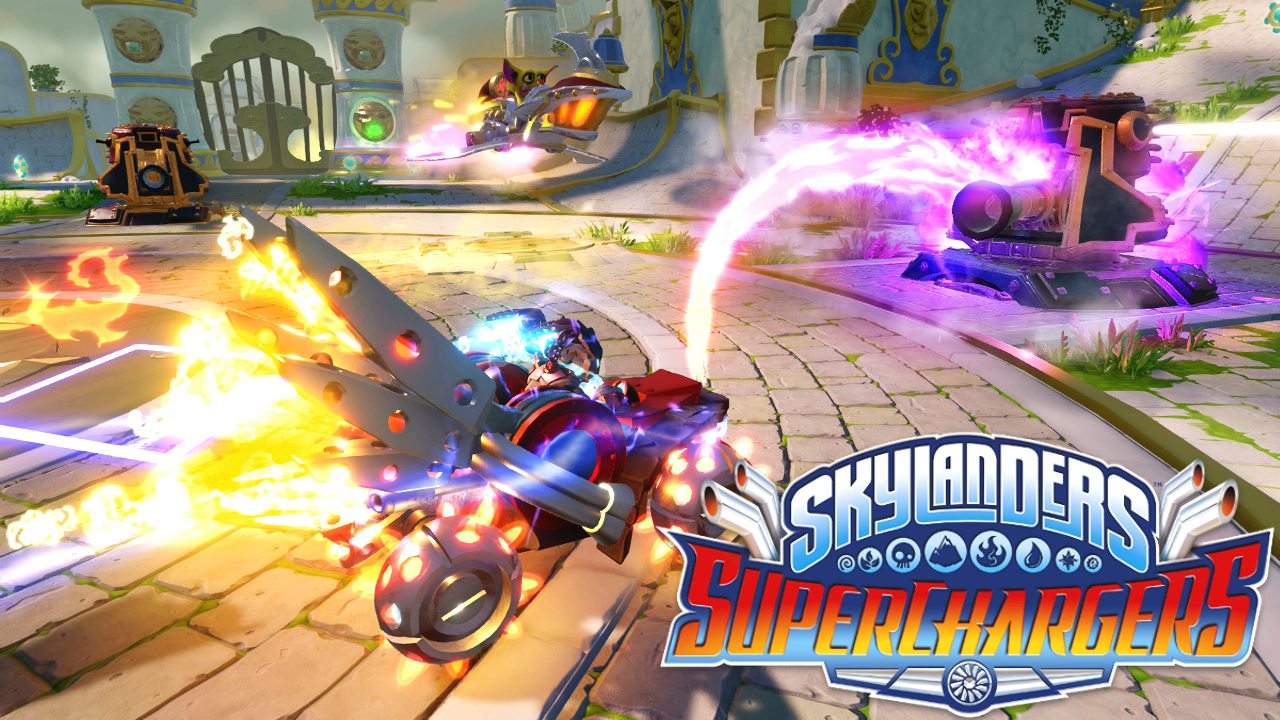 The news is finally here about the next Skylanders game. This year’s game is called Skylanders SuperChargers and focuses on a range of 20 playable vehicles. Not only that but there’s a Portal Owners pack to reduce costs for those who already own the USB peripheral.

The game still supports all 300+ of the existing Skylanders characters from previous games. It adds 20 new and returning heroes. These SuperCharger Skylanders are each paired with one of the vehicles and unlock an extensive range of modifications. Progressing through the game adds parts and accessories to tailor each ride to your preferred game-play style.

The vehicles are grouped into air, land and sea. Each of them unlocks different special driving, flying and sailing sections throughout the game.

The game will be sold in a Starter Pack with one vehicle (Hot Streak), one returning Skylander (Sure Shot Stealth Elf) and one new Skylander (Spitfire) as well as a new rubberized portal. The portal continues to support last year’s traps that here unlock power ups for the vehicles. Also announced were new Air Skylander Stormblade, the Sky Slicer Air Vehicle and Dive Bomber Water Vehicle with its Skylander Dive-Clops.

The game is looking pretty impressive already with some beautiful visuals and procedurally generated elements. On the PlayStation 4 demo we saw the characters and vehicles really popped off the screen.

While it’s the new characters, levels and customizable vehicles that will catch youngster’s eyes, supporting everyone of the old figures and traps along with offering digital versions to work with the old portals is a master stroke that will be warmly welcomed by parents.

Skylanders SuperChargers will be released on PlayStation 3, PlayStation 4, Xbox 360, Xbox One, iPad, Nintendo Wii U. This year we don’t get the full game on the Wii but there is a complementary offering on Wii and 3DS. The game releases September 20 in North America, September 25 in Europe.