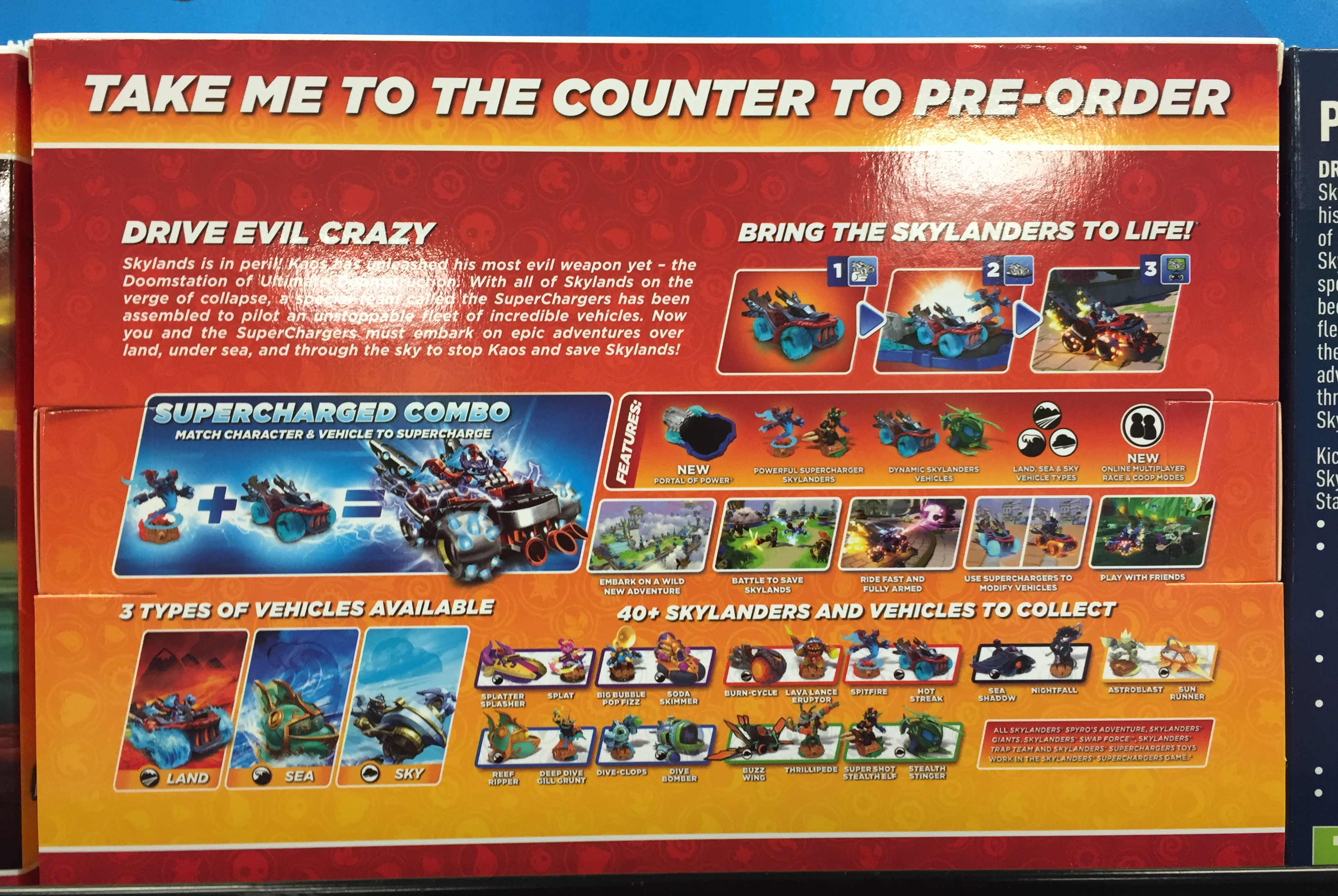 We’ve been waiting for some time but finally Skylanders is going online. The retail pre-order packaging in the UK includes notes on Online Racing and Co-Op play. Although official word is still awaited it looks promising if you want to get your SuperCharger kicks with friends from afar.

The packaging also provides a run down of what seem to be the first 10 Wave 1 Supercharger Combos:

There’s also more details around what the Trophies do. It seems they unlock tracks to race on and the ability to race as villains. This is a really nice addition to the game although it will be interesting to see how this breaks down between the Wii and main console versions.

Supercharged Combo Packs are also shown on the box, where a Skylander and Vehicle pairing are sold together. This makes good sense as the due offers bonuses and special benefits in the game. Certainly most players will be looking to buy these toys in pars this year.