Mojang’s Scrolls will be cheaper on tablet 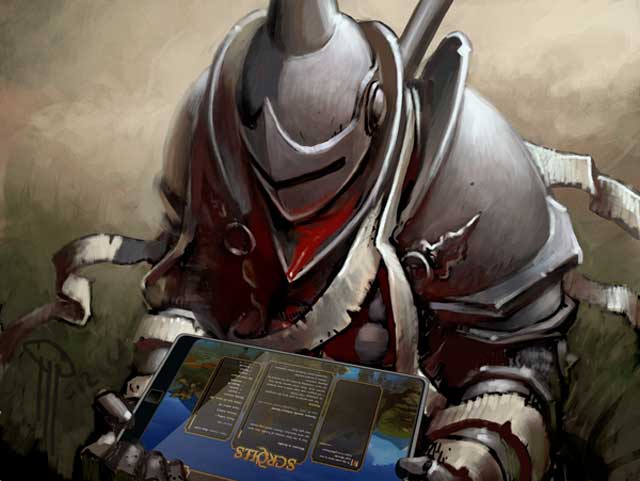 You all know Mojang’s most famous game is Minecraft, but did you also know that they have a battle card game? Scrolls is a little like games such as Hearthstone, where you fight enemies using characters on collectible cards. It’s been on PC for a while, but it’s coming to tablets very soon, and at a much cheaper price.

The Android and iOS versions of Scrolls will be releasing later in the autumn. On PC right now it costs $21, but Mojang think that’s too much for a tablet game. Most games on the App Store are really cheap, so Mojang are going to try and match those kind of prices by making Scrolls $5 on tablet.

Mojang could have made the game free-to-play, but decided they didn’t want to put microtransactions into the game and stop people from using lots of cool things without paying. Even though Scrolls will be $5, it’s still a cheap game and you get everything for the price.

If you’re already playing the PC version and payed $21 for it, Mojang are not going to leave you out. You’ll be getting a shard pack for free that would normally cost $20.

Looking to play a card game right now? Check out Hearthstone whilst you wait for Scrolls to come to tablets. Or if it’s just Mojang you love, take a look at our brilliant Minecraft channel.