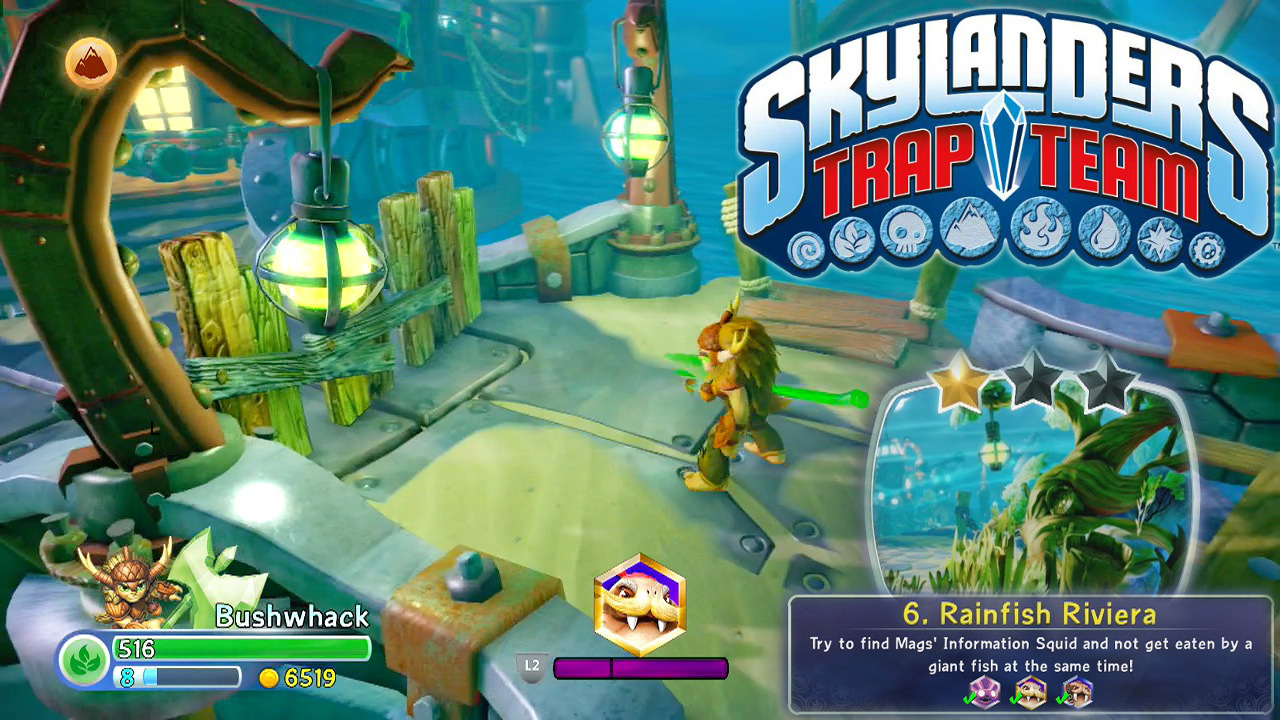 Skylanders Trap Team is shaping up to have some of the most interesting levels in the series’ history. The last time we saw the game in action, we were exploring the Secret Sewers of Supreme Stink. Now wer’re off to Rainfish Riviera, a ocean-themed world. Andy from Family Gamer TV has been taking a look at the world, and Lou Studdert, one of the producers of Skylanders Trap Team, talks us through the game.

In the video, Andy and Lou work their way through the new level looking in detail at the new Trap Masters Bushwhack and Head Rush. They also work through each of their upgrade trees (as well as Wildfire). We round the session off by brining in three classic Skylanders:
Stealth Elf from Skylanders Spyro’s Adventure
Hot Head from Skylanders Giant
Fire Kraken from Skylanders Swap Force

There’s also a look at some new villains along the way. Brawlrus is quickly trapped to join the forces of good. Master Mind took a little longer but was trapped all the same.

There’s also a first play of Skylanders Stones Smash, learning both the basic and advanced rules including the mathematics of the game and magical attacks.

Finally there are some new non player characters to meet. Mags is slightly crazy and random but you’ll really like her.