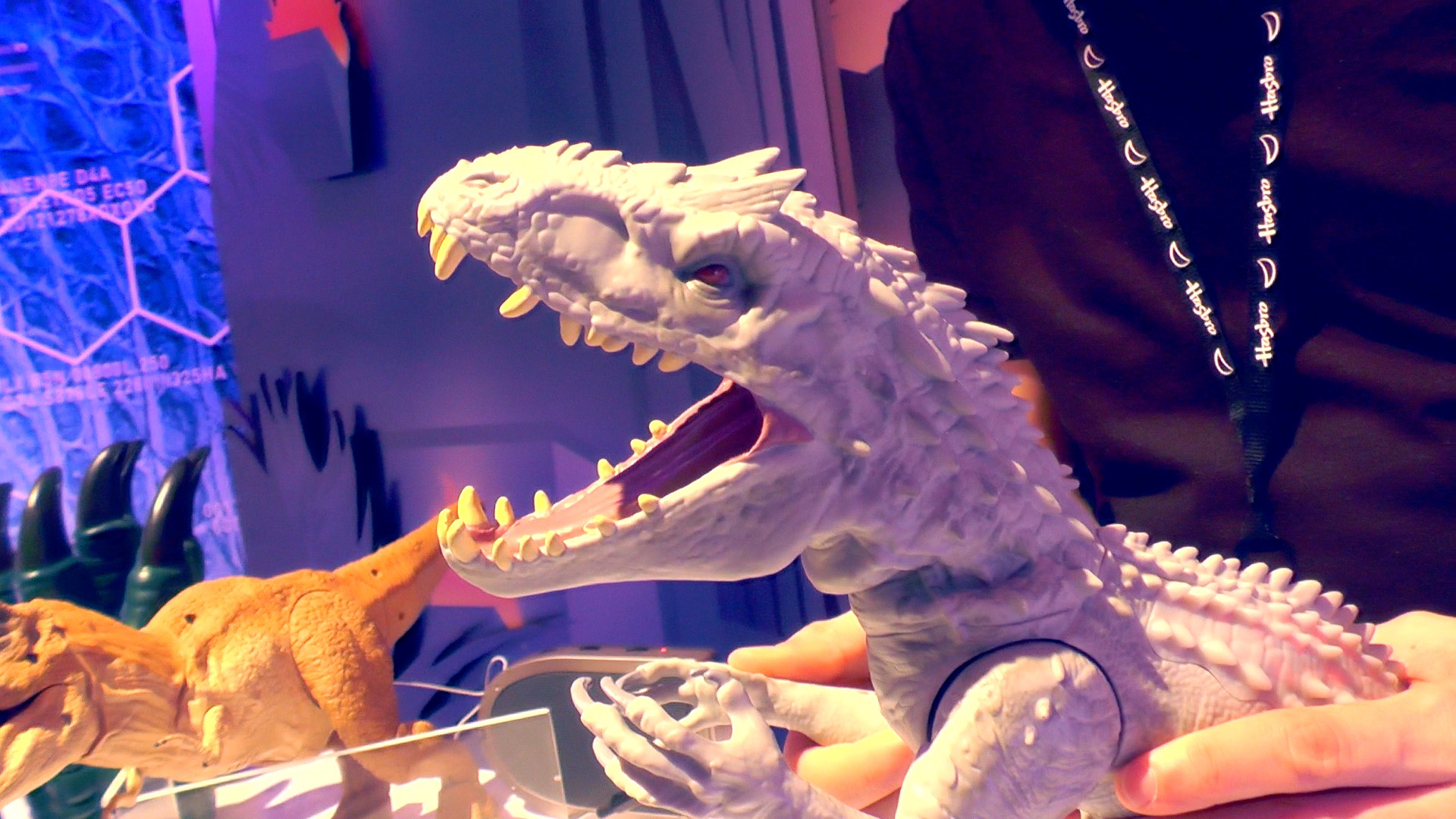 With the Jurassic World movie on the horizon there are more than a few awesome reasons to get excited, beyond the film itself. The film will soon be found in video-game, toy and brick form.

We reported recently that the film would be recreated in LEGO form. The Lego sets not only offer a glimpse into the characters and creatures we’ll be meeting on the big screen but also provide some of the biggest LEGO big-figs to date.

The sets were unveiled at the New York Toy Fair so we sent our friends at Family Gamer TV along to check out how they compared to other popular sets on show. While not quite creating the same level of clamor as Mixels, LEGO Jurassic World still managed to draw a crowd and roundly impress.

Opposite the LEGO booth was Hasbro who also wanted in on the Jurassic action. They had a whole range of different Jurassic World toys from big plastic monsters to cute cuddly plushy dinos. By far and away the best of all these is the genetically modified Indominus Rex toy with lights, sounds, actions and super wide jaw.

Along side her is the Stomp and Strike T-Rex. Detailed with 20″ of motion and sounds. This also comes with a sprung loaded strike mode. This was rounded off with the Playdoh Jurassic World sets complete with skin eating features.

This trio of Jurassic game-play is topped off by the news that there will be a LEGO Jurassic World video-game this year from TT Games. Although details are scarce apart from the trailer (below), you can be sure of the usual kind of platforming action that have made the LEGO games so popular.

With TT Games also working hard on LEGO Dimensions, they have got their work cut out to deliver these games on time. Provided the co-op features persist and the level of quality is up to their usual high standards we expect to love it.