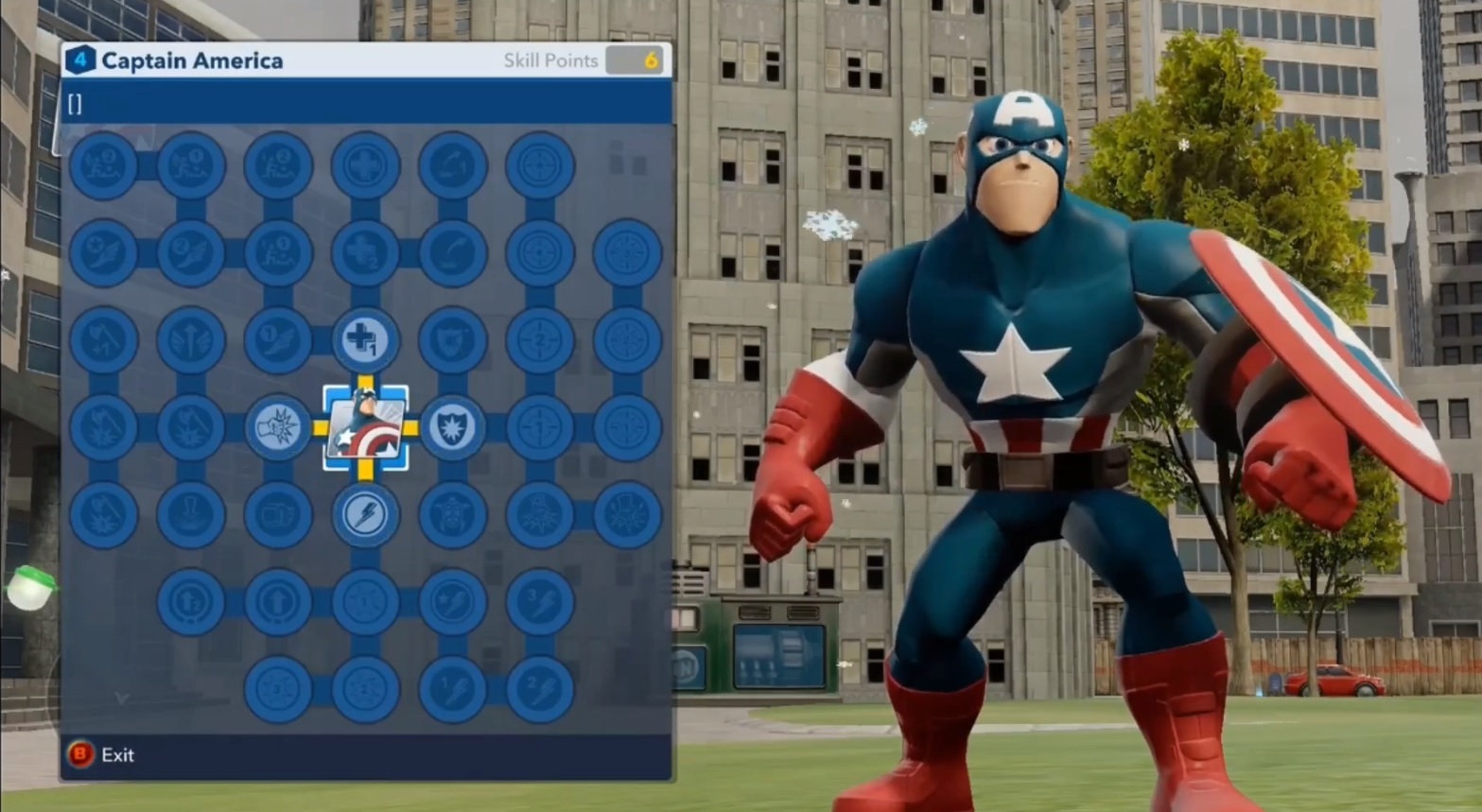 There’s something really interesting about super heroes: they all have amazing skills and powers. Disney are making sure that’s a big part of Disney Infinity 2.0 for the Marvel characters. Every character will have a skill tree, where you can unlock new and amazing powers the more you level the character up. Andy from Family Gamer TV got his hands on the game and spoke with John Blackburn – the head of Avalanche, who are making the game – to find out more.

Every character will have a unique skill tree all of their own to level up, and each character can be played to Level 20. You can choose some really interesting powers, like making Spider-Man’s web longer for bigger swings, or making Hulk tougher so he can take more damage. But don’t think it’s all focused on Marvel; Disney characters are getting skill trees too. And if you already have Disney characters from the first game, Disney Infinity 2.0 will give you skill points that you can use to power them up to the level they were in Disney Infinity 1.

Andy also got to chat with John Vignocchi, who is one of the guys making Disney Infinity 2.0. He showed off the Spider-Man Play Set which is looking really cool, but he also showed off some of the great new Power Discs. There are lots of cool new ones, like ones that change your characters costumes, or ones that bring in a second character to help you out when things get tough. But best of all, some are whole new games, like one where you have to defend Thor’s world of Asgard from waves of attacking enemies.

The Disney Infinity 2.0 release date is Autumn 2014. It will be available on Xbox 360, Xbox One, PlayStation 3, PlayStation 4, Wii U, and PC. There will be a cool special edition on PS3 and PS4 that comes with all the Avengers figures! The normal starter pack is available on all the other consoles and comes with Black Widow, Iron Man, and Thor.