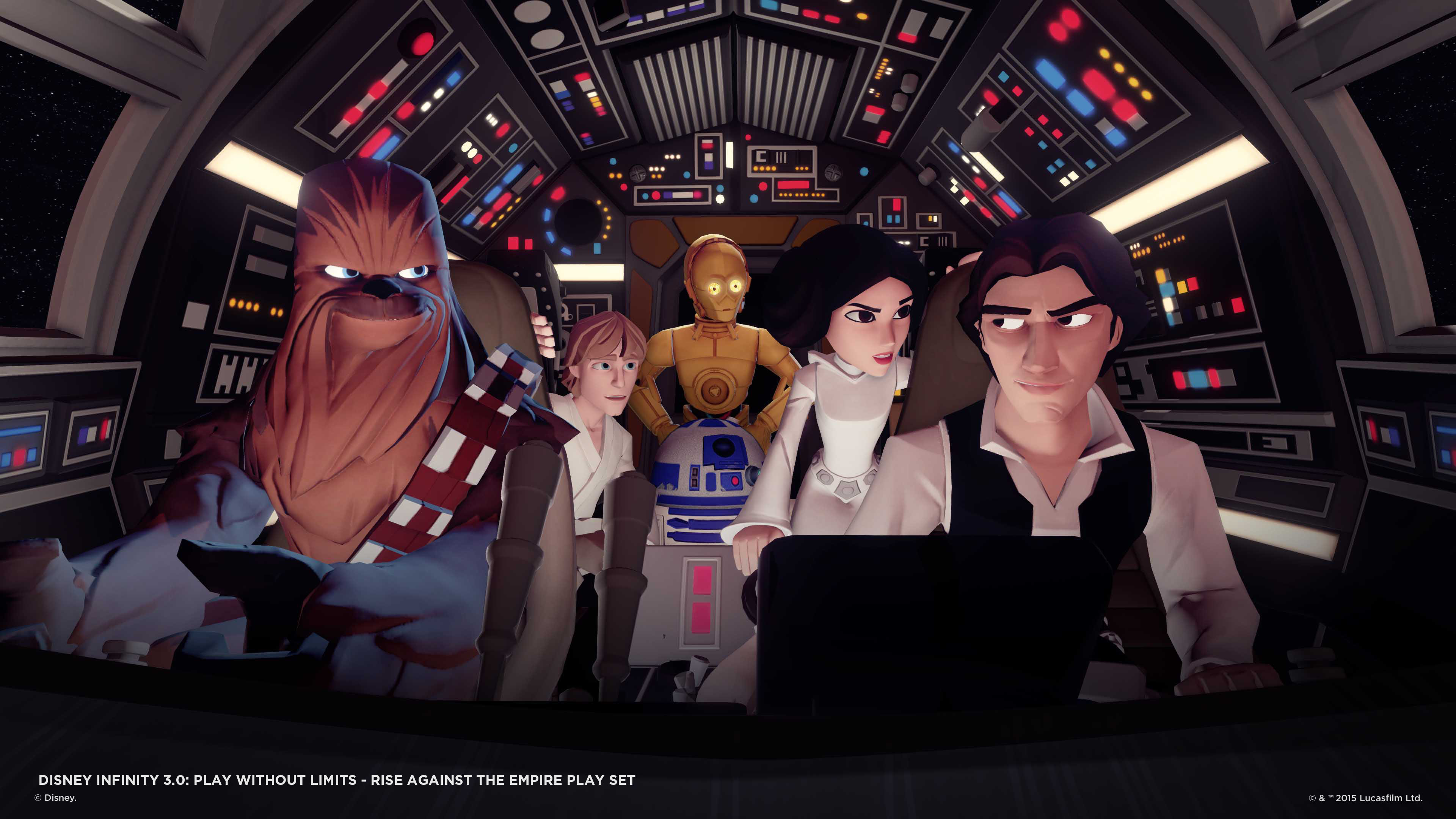 Disney Infinity 3.0 is now confirmed and includes play-sets and characters from all the Star Wars movies. It also improves cross-franchise compatibility and offers additional play-sets for Inside Out and Marvel.

The main event here is of course the Star Wars content. Disney Infinity 3.0 breaks this down into three play-sets supported:

– Star Wars: Twilight of the Republic (Episodes I-III) takes place in the height of the Jedi’s powers, where players will use the Force and Lightsabers alongside Ahsoka Tano, Anakin Skywalker, Obi-Wan Kenobi, Yoda and Darth Maul.
– Star Wars: Rise Against the Empire (Episodes IV-VI) takes players on galaxy-spanning missions with Luke Skywalker, Princess Leia Organa, Han Solo, Chewbacca and Darth Vader, piloting X-wing fighters or the Millennium Falcon to fight stormtroopers, or exploring land-based missions on planets like Tatooine, Hoth, and Endor.
– Star Wars: The Force Awakens (Episode VII) has fewer details revealed so as not to spoil the film. In actually fact there were no concrete details apart from its inclusion this Winter.

It’s not just the content and franchises that is new this year though. Unlike previous versions of Disney Infinity where you couldn’t cross over characters from one playset to another, this year you can. Any Star Wars character can be used in any Star Wars playset. That’s a great enhancement.

The Disney Infinity 3.0 Star Wars Starter Pack will include:

As expected, all figures and Power Discs from the previous editions of Disney Infinity will be compatible in the enhanced Toy Box and, for the first time, Power Discs will be sold in labeled franchise-specific packs of four. This suggests that Disney is dropping the wallet bashing blind pack approach of last year in favour of enabling consumers to choose which Power Discs they purchase.

There is a lot of information in this announcement but I’m very positive on first impressions. It provides a broader account of Star Wars than I was expecting and adds features that give gamers more choice. Then there’s Marvel and Inside Out to get our heads around as well.

Disney Infinity 3.0 will be available in the Autumn and is being developed by Avalanche Software in partnership with Ninja Theory, Sumo Digital, Studio Gobo and United Front Games. It will be available for the PlayStation 4 and PlayStation 3, Xbox One,  Xbox 360, Wii U, PC and iOS/Android devices.