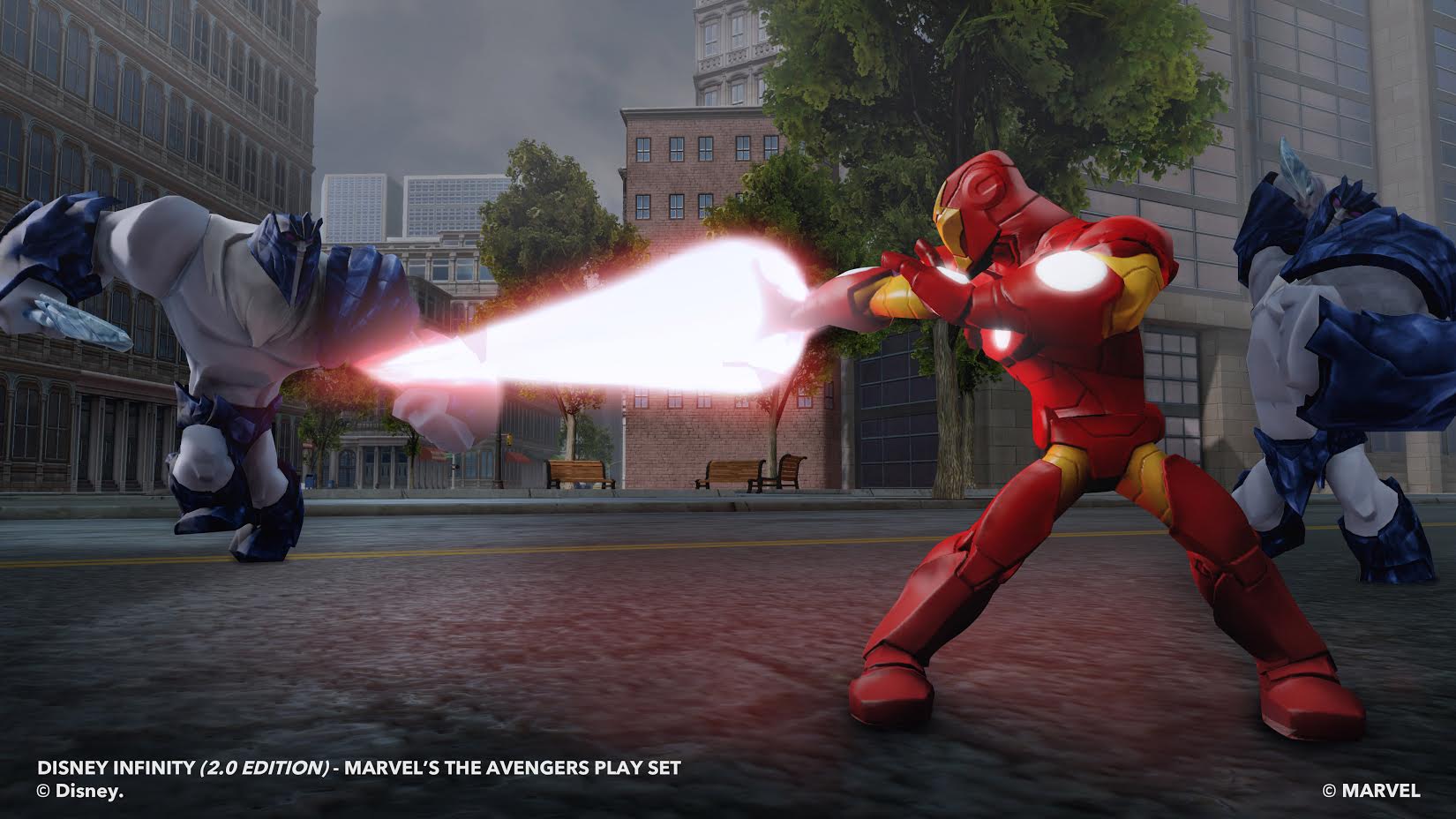 Today was the big day for Disney Infinity and Marvel fans – Disney announced that the second game in the Disney Infinity series will be Marvel Super Heroes. New Toy Boxes, new figures, and new cool items are coming to a whole new 2.0 version of Disney Infinity, and right at the centre of all the fun is The Avengers themselves. Check out the trailer to see them and some awesome villains in action. How many can you spot?

In The Avengers we’ve got the classic team of Captain America, Iron Man, Thor, Hawkeye, Black Widow, and the Hulk. We also spotted Nick Fury, as well as two Guardians of the Galaxy members: Rocket Raccoon and Groot. And who was that swinging by at the end of the trailer? Why, it was Spider-Man, of course! Standing in the villain corner was everyone’s favourite bad guy Loki, who seems to have made friends with floating head-robot-thing M.O.D.O.K. We also caught a very quick glimpse of the Green Goblin flying by on his hover board. We expect that these won’t be the only villains though, so keep an eye out for more baddies in the future. Black Widow is on a mission in Disney Infinity 2.0