The Dark Knight blasts off in LEGO Batman 3 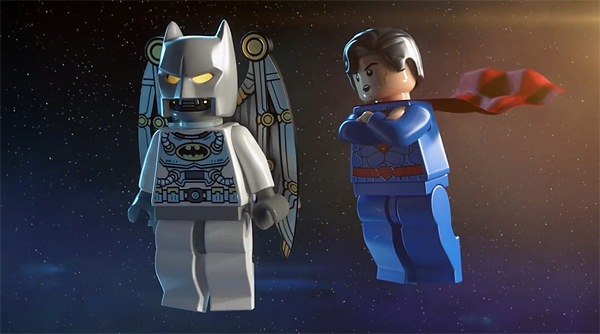 The LEGO games always try to be bigger and better every time, and that looks like it’s definitely the case in LEGO Batman 3, which is taking the action to outer-space! Batman and Robin are heading to the Lantern worlds to help the Green Lantern Corps., and coming with them are the Justice League! It’s a DC comics explosion, and it’s full of cool new stuff. Andy from Family Gamer TV spoke to the game’s director Arthur Parsons about the game for this video.

Adding to LEGO Batman 2 was a tough job since there was so much in the game, but now Batman, Robin, and all the other characters can dress up in different suits that all have different, unique powers. There’s 150 different characters in the game, so if you can think of a DC character, they’re probably in the game.

And of course, since this is ‘Beyond Gotham’, there’s plenty of space levels. In this walkthrough of Level 3, you can see Batman and Robin attacking a space station that has been taken over by Lex Luthor and the Joker. If you’ve played Resogun on PS4 you may notice that they look kind of similar, with Batman’s fighter rocket zooming around the station in a circle and shooting down enemies.

The LEGO Batman 3: Beyond Gotham release date is Autumn 2014. If you loved this video, follow us on Twitter for loads more amazing stories and gameplay footage, and subscribe to Family Gamer TV on YouTube.