Checking out the Skylanders Mini-booth 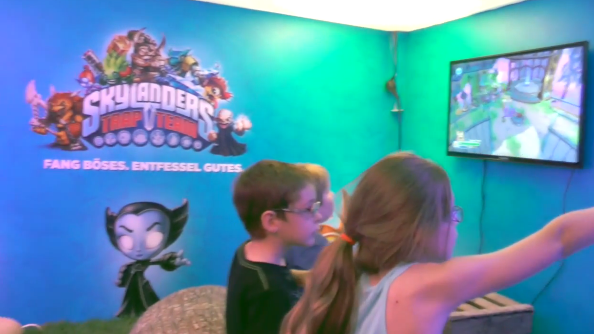 Skylanders Trap Team was shown off at this year’s Gamescom, and the world finally got to see some great new figures in the form of Skylanders Minis. There was a really cool booth at Gamescom – the Skylanders Mini-booth – that was an amazing fort-like den for kids to play Trap Team in! The Skylanders Minis were available to play with, so Andy from Family Gamer TV crouched down to get inside and see what was going on.

Whilst in the mini-booth, Andy got to chat with Wolfgang, a German boy who absolutely loves Skylanders. They chatted about what the best Skylanders were and who the coolest new Minis are. Check out the video above to see the game in action and catch up with the new characters.