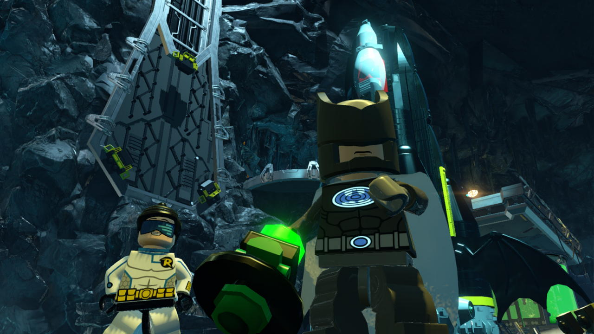 Batman is pretty amazing. Not only does he fight crime, but he invents loads of great gadgets to help defeat villains. In LEGO Batman 3: Beyond Gotham, his inventions are going to be the star of the show thanks to a new system that lets you change what suits your minifigs are wearing. Not only does Batman have loads of cool suits like the Space Suit and Power Suit, but so does Robin, Green Lantern, Cyborg, and everyone else! Wesley from Family Gamer TV checks out some new gameplay footage to see what new cool stuff Bats will be using in LEGO Batman 3.

Not only will suits be important, but so will be the Bat Rocket. Brainiac, an evil alien creature, is shrinking all the different planets in the galaxy so he can keep them for himself. Batman and the Justice League need to stop him by blasting into space and defeating the Legion of Doom and Brainiac’s minions.

The outer-space battles look fast and exciting, and a real new place we’ve never seen before in LEGO Batman. We think this will be quite a different game to the other two, thanks to the many Green Lantern worlds that will look and feel unique and nothing like the Gotham City we’re so used to.

The LEGO Batman 3: Beyond Gotham release date is Autumn 2014. If you loved this video, follow us on Twitter for loads more amazing stories and