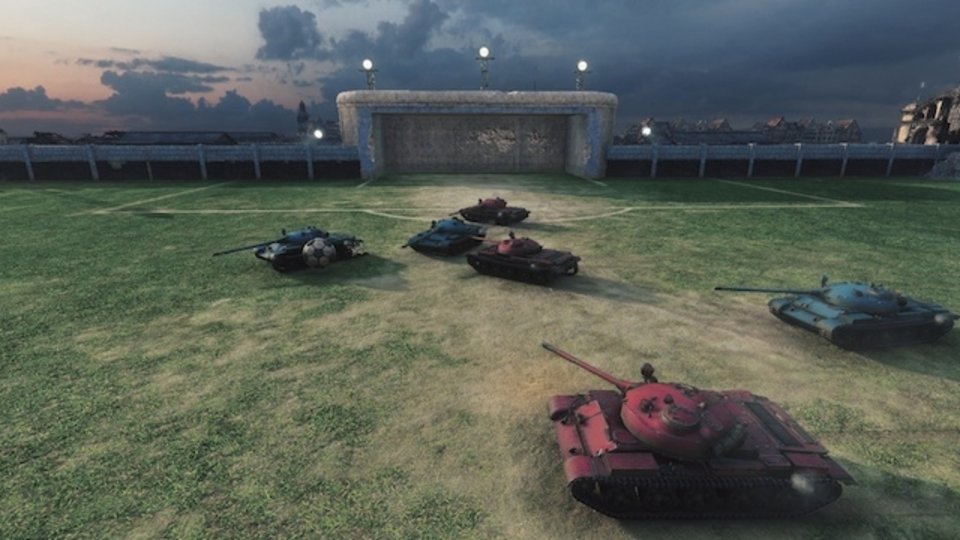 England may have lost their first game in the World Cup, but you don’t have to! Not when you’re playing football in World of Tanks. Yes, that’s

right: football has come to World of Tanks whilst the World Cup is on in a brilliant new 3v3 mode.

The World Football Championship mode is available to play until July 13th, and is played with a specially designed tank. Like in football, you’ll need to get the ball into the opposite team’s goal, but instead of kicking it with your foot you’ll be bashing it with a tank! Each match lasts seven minutes, and is rather explosive.

If you play in the new mode this month you’ll pick up the Football Player 2014 medal.

Looking for other great free games to play? Check out our favourite free-to-play PC games.