Video-Games Can Be Healthy Too 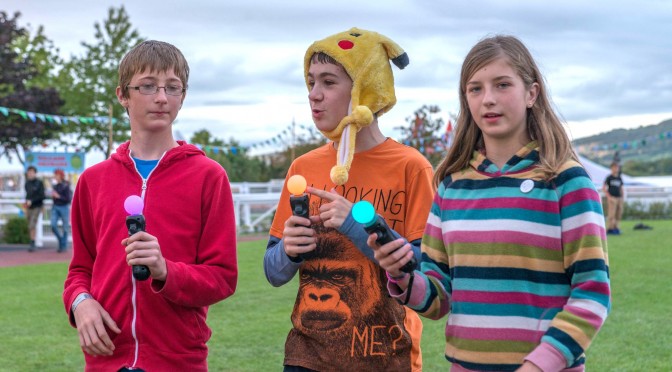 Video-game have a reputation for encouraging our children towards a sedentary life-style. This is not by chance, many of them are played sitting staring at screens with little movement. However it doesn’t have to be like this.

The families I work with in my Family Gamer TV shows often find that a variety of games can actually help them become more active and engaged with each other. By playing games together they find new ways to enjoy leisure time, and by moving the video-game console from bedrooms into the family room they eliminate the easy habit of children to gravitate upstairs on their own.

Some games that have worked well for our test families include the following.

Some new upcoming games that will also encourage the family to move around are for Xbox One. Here the camera controller means players have to get up off the sofa and move about.


Finally there are some games that take this even further. The strangely titled (but hugely fun) Johan Sebastian Joust uses the PlayStation 4 Move controllers to create an electronic game of tag you can play anywhere. I took this to an arts festival last year and played it at dusk outside. We had 500 people queuing to play it:

The key thing to a healthy and active approach to video-games is to find a way to turn them into something you do as a whole family. Leaving this to the kids not only means they will move around less, but also that they won’t enjoy the games as much.