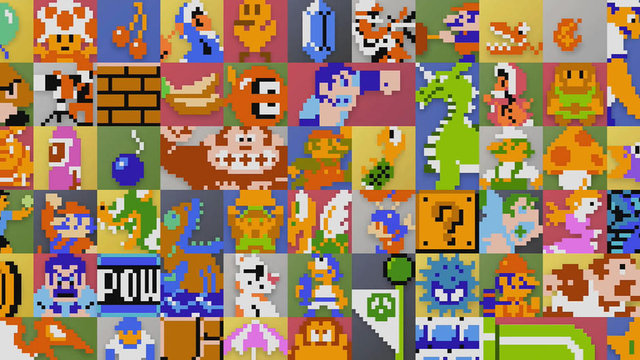 Ultimate NES Remix has been a big hit on Wii U, and now it’s coming to handheld on 3DS. The game takes a bunch of old classic games from the first generation of Nintendo consoles and mixes them up for a cool and unique game experience.

Ultimate NES Remix is interesting because it mixes up different levels from different games to make challenges. So you could be playing Mario one second and then Kid Icarus the next. Championship mode lets you take on challenges from three different games, and there are leaderboards to help compete against your friends too.

The Ultimate NES Remix release date is November 7th on 3DS. For more amazing Wii U and 3DS games, check out our Nintendo channel.