Super Smash Bros. is coming to Wii U earlier than expected 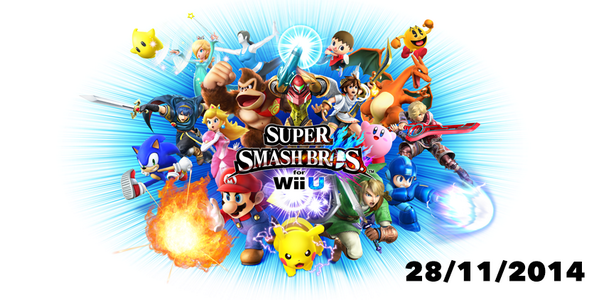 We all thought we were going to have to wait until December to play Super Smash Bros. on Wii U. But Nintendo have made a surprise announcement on Twitter, revealing that the game will actually release this month!

You know how we said Super #SmashBros. for #WiiU would arrive in December in Europe? Change of plan: 28/11/2014 pic.twitter.com/kMzi5wZPvf

Super Smash Bros. on Wii U was originally going to release December 5th, but this new release date brings it forward by a week to November 29th. That means you can be playing the game in just a few weeks time!

If you’ve missed out on all the big news about Super Smash Bros, you can catch up with loads of trailers and screenshots at the Nintendo channel. And if you really can’t wait, the 3DS version of the game is out right now!