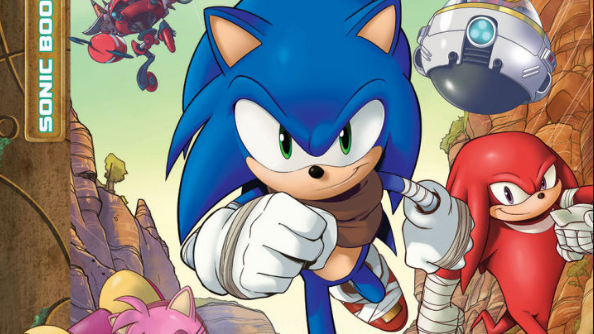 Sonic Boom is more than just a game. It’s toys, cartoon shows, and comics, too! And the first non-game thing we get to see is the Sonic Boom comic from Archie Comics. It’s a funny, vibrant new comic with Sonic and his friends getting into all sorts of amusing scrapes and situations. The first issue will be released in October, and this is what the cover will look like. 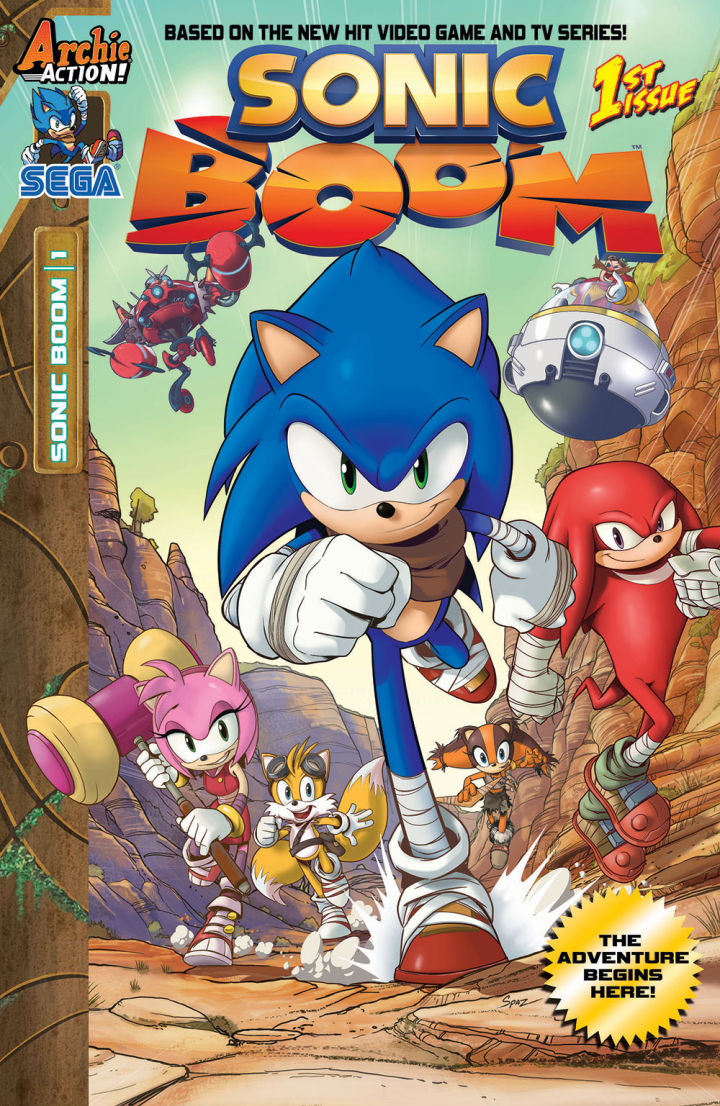 But there’s not just one cover, there’s five! There’s another four different ‘variant’ covers that fit together to form a really cool long drawing

of Sonic and the gang fighting off a killer robot. This killer robot will be the big bad guy in the series, but don’t worry: Dr. Robotnik will still be around to cause trouble.

IGN have interviewed the writer and artist who are working on Sonic Boom, and discovered that in this new Sonic world both Sonic and Tails will still be the same characters you know and love, but some of the gang have been made a little different. Knuckles is goofier and funnier than he was before, and now Amy is the ‘sensible’ one of the group. There’s also a brand new character called Sticks, although she remains a bit of a mystery for now!

Keep a look out on our Sonic channel for more news of the blue hedgehog, and check out your local comic book store in October for issue one of Sonic Boom.