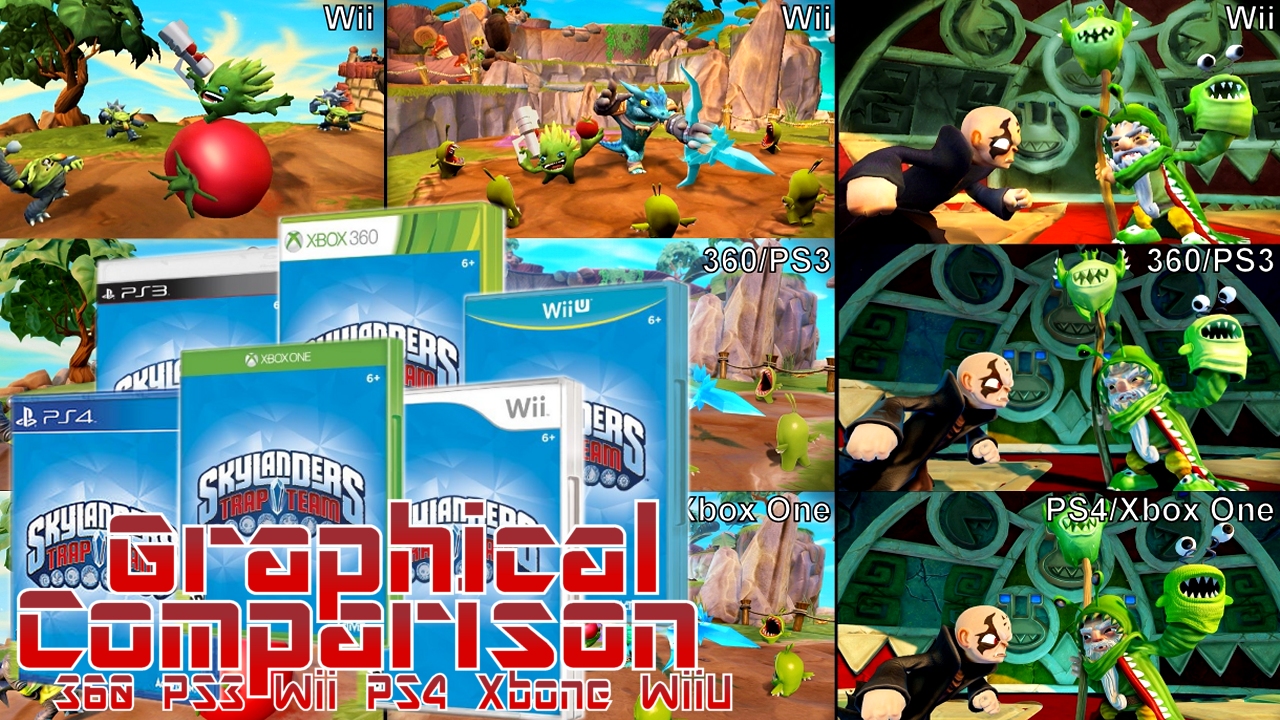 Skylanders Trap Team will be released on three generations of consoles, with the standard definition Wii, the HD Xbox 360, PlayStation 3, and Wii U, and the next-gen Xbox One and PlayStation 4. Of course there will be a difference in the graphics on each, and Family Gamer TV has been investigating. Take a look at this video to see a difference between all the consoles.

As you can see, the Wii may still look good but compared to the other consoles it’s the weakest. Sometimes there are no shadows, and the detail isn’t as good as on the HD consoles. There’s a big improvement if you play the game on Xbox 360, PS3, or Wii U, and the game really looks bright and colourful. There’s not a massive amount of difference between these consoles and the next-gen ones, but it’s on Xbox One and PS4 where Trap Team really looks the best.

If you’re still hungry for Trap Team knowledge, check out these other videos on the Starter Pack and what features we can expect in the new game, as well as a video discussing everything we know so far.