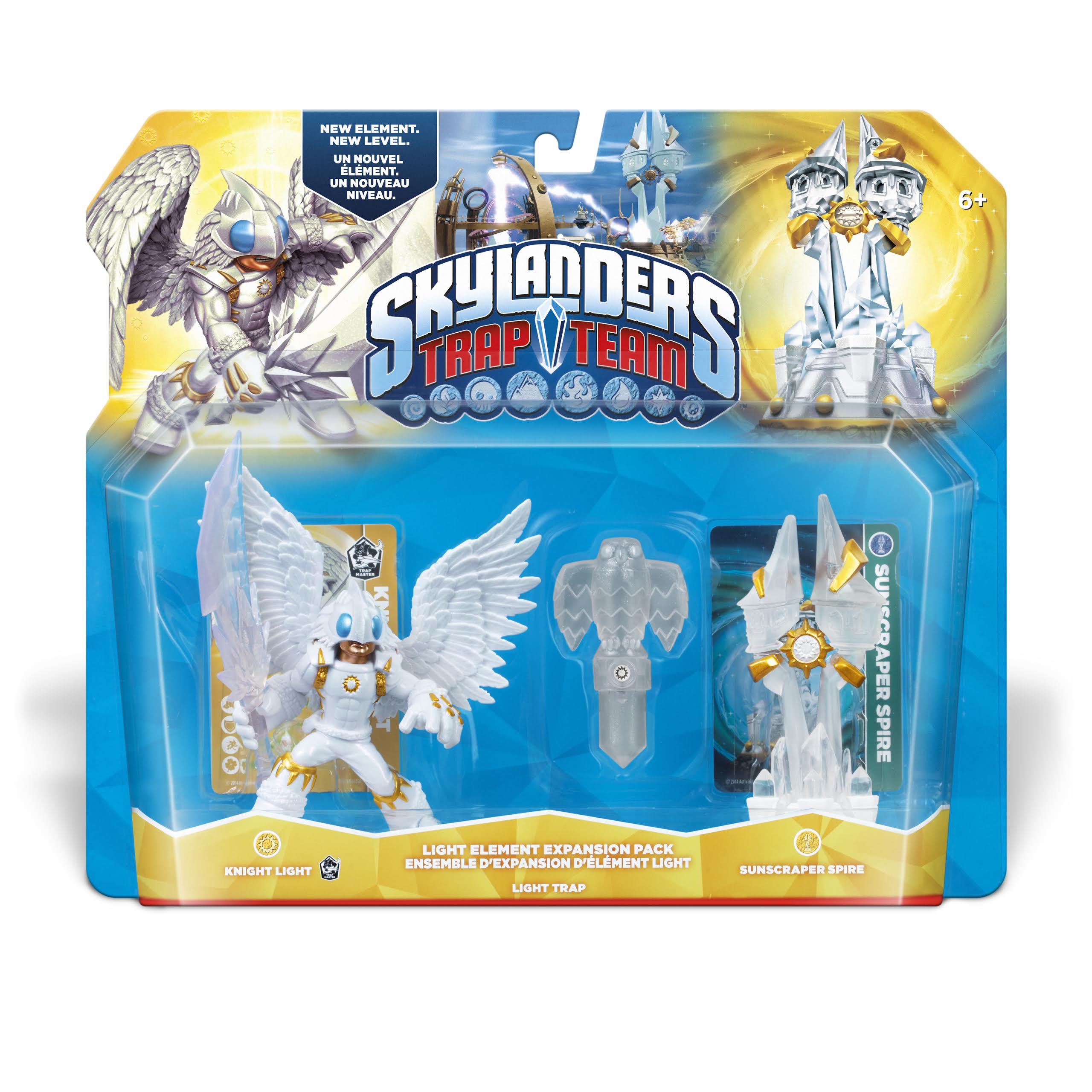 When Skylanders Trap Team was announced we thought we spotted two new elements: Light and Dark, or perhaps Sun and Moon. When Trap Team finally came out these elements were not part of the game, so we thought we were wrong. Not so though, as Activision has revealed that two new Skylanders will be released soon, one Light and one Dark. Family Gamer TV have been investigating.

The Light Elemental Quest Pack comes with Knight Light, a striking new humanoid Trap Master with huge wings and an even larger Traptanium blade. Inside the pack you also get a Light Trap with a Hawk design and the Sunscraper Spire Quest Piece, which unlocks an extra level in the game.
The Dark Elemental Quest Pack comes with Knightmare, a sinister looking Trap Master that appears to be a cross between an Elf and a Centaur. Knightmare is armed with a huge Traptanium Sword and sits upon a cool smokey base. Inside the pack you’ll also get a Dark Trap with a Spider design and the Midnight Museum Quest Piece.
Both of these new Trap Masters and Traps should grant you access to the Unknown Elemental Gates and allow you to trap the villains of an Unknown Element. This should mean that fans of the game can now try and 100% complete the game, as all areas should now be accessible and all villains trappable, as long as you have the right figures and traps!
These two amazing new Skylanders will release on 26th December, so you can spend your Christmas money on these great-looking figures. If you loved this video, follow us on Twitter for loads more amazing stories and gameplay footage, and subscribe to Family Gamer TV on YouTube. And if it’s Skylanders you love, check out loads more Skylanders videos and stories at the Skylanders channel.