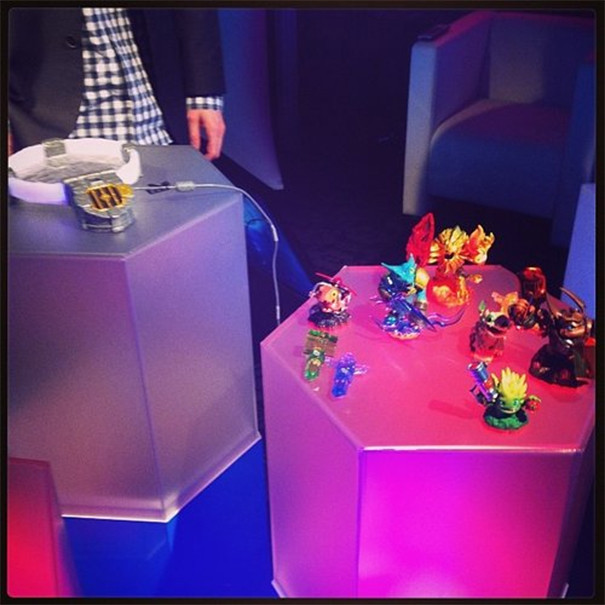 Skylanders 4 has been secretly revealed to some writers this week, and we’re getting super excited about this awesome photograph that leaked on the internet today! In it you can see loads of new Skylanders toys, some objects that look like weapons and the brand new Portal of Power. But wait, what’s that on the new Portal of Power? If you look real closely you can see something that looks like a door or a cage with gold details!

What could this be? The image that leaked today is hard to see, so it could be a cage or door. If it is a cage, this would confirm the name Trap Team. Whatever it is, it really looks like it might have a gold lock on it! If you read our Is Skylanders 4 called Trap Team? story on Monday, you’ll know that both us here at BoxMash and our friends at Family Gamer TV were already thinking that Trap Team might involve something to do with keys. If there is a lock on the new Portal of Power, this would prove our theory! If you haven’t seen the story, check out the link above or the video below now for some awesome footage that seems to suggest keys might play an important part of this new game.

Whatever it is, we can’t be sure yet! What do you think of this new photo? Do you think keys will play a big role Skylanders 4? Do you even think it will be called Trap Team? With not much time left before we find out some real details, the guess is anyones!