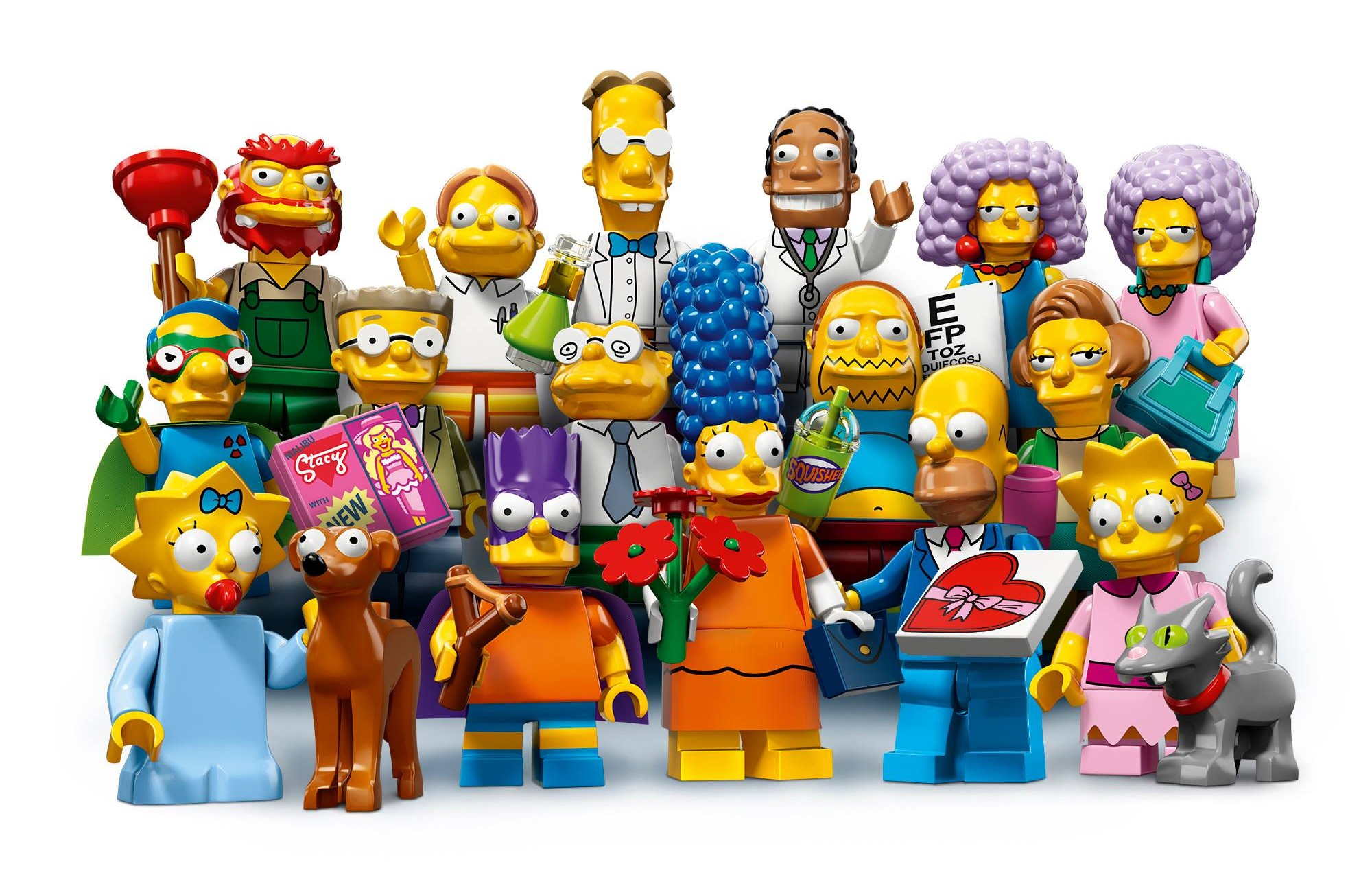 Collectors of minifigures rejoice (or weep), a new collection of The Simpsons Minifigures (Series 2) are about to hit shops in the UK. We’ll see new versions of Homer, Marge, Bart, Lisa and Maggie along with first appearances of Comic Book Guy, Groundskeeper Willie, sisters Paddy and Selma, Smithers and Dr. Hibbert.

In addition some special characters are added in the form of Edna Krabappel, Frink and Moleman and even a blue capped version of Bart as Bartman. While the human characters look the business, for us it’s all about Santa’s Little Helper and Snowball, both of which are included with Maggie and Lisa.

As usual the minifigure will be sold in sealed ‘mystery’ bags. This is good, although it can results in numerous doubles. If you are going to collect the Lego sets of these figures be sure and have some friends collect them too for swapping.

Most telling is how children respond to this latest collectable option from Lego. As you can see from the ToyTesters.TV video there is still plenty of enthusiasm and suspense at tracking down that final character. The moment of open the packs themselves and spilling the Lego pieces on the table is still something my kids enjoy.

This is likely to be another popular set of collectables and shows how strong the franchise partnership is for Lego. One negative is that, unlike other recent lines of Lego minifigures, the Simpsons range don’t have the codes to unlock characters in the Lego Minifigures Online video-game.

While nothing is confirmed as yet, perhaps this is because it is rumored that Homer and Bart will be included in the upcoming Lego Dimensions game that arrives in September.

An interesting comparison to the standard Lego minifigures are the Mixels collectable characters. Here, although a similar line of toy figures, you can choose which character you want at retail. This not only makes collecting the Mixels easier but also a little easier on the wallet.

Provided the cross-overs and high quality production continues this will justify the price for families. My kids will be collecting favorites rather than the whole set to avoid breaking the bank.