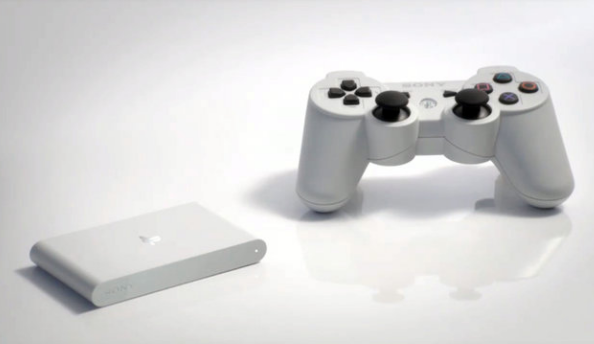 PS Vita TV is controlled by PS3 DualShock 3 pads, and can display PS Vita games at up to full HD picture quality. Not every PS Vita game will work with PS Vita TV because normal controllers don’t have touch screens, but many games will work perfectly. You’ll also be able to play all those PSOne classics on it, as well as watch films and TV with services like Netflix.

Excitingly the PS Vita TV can also link with the PlayStation 4, allowing remote play. This means if your PS4 is in the living room but you want to play in your bedroom, you can plug the PS Vita TV into your bedroom TV and ‘beam’ the game from your PS4 to your other TV. Pretty cool, eh? 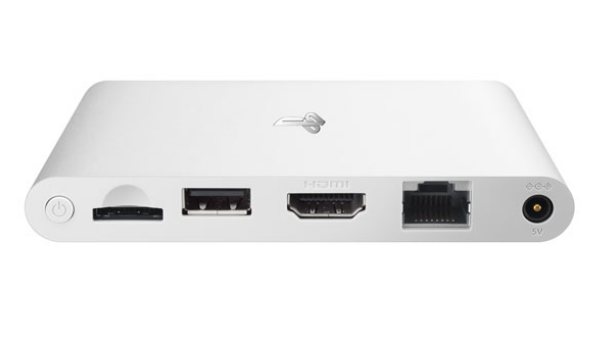 The box is so small there’s only just enough room for the plug ports.

The console measures a tiny 6.5cm x 10.5 and will be released in Japan first on November 14th. The release date for PS Vita TV for Europe and America hasn’t been announced yet, but when it does come out we expect it to cost around £100.

Do you think the PS Vita TV is a great idea, or do you think it’s pointless? Let us know your thoughts in the comments.