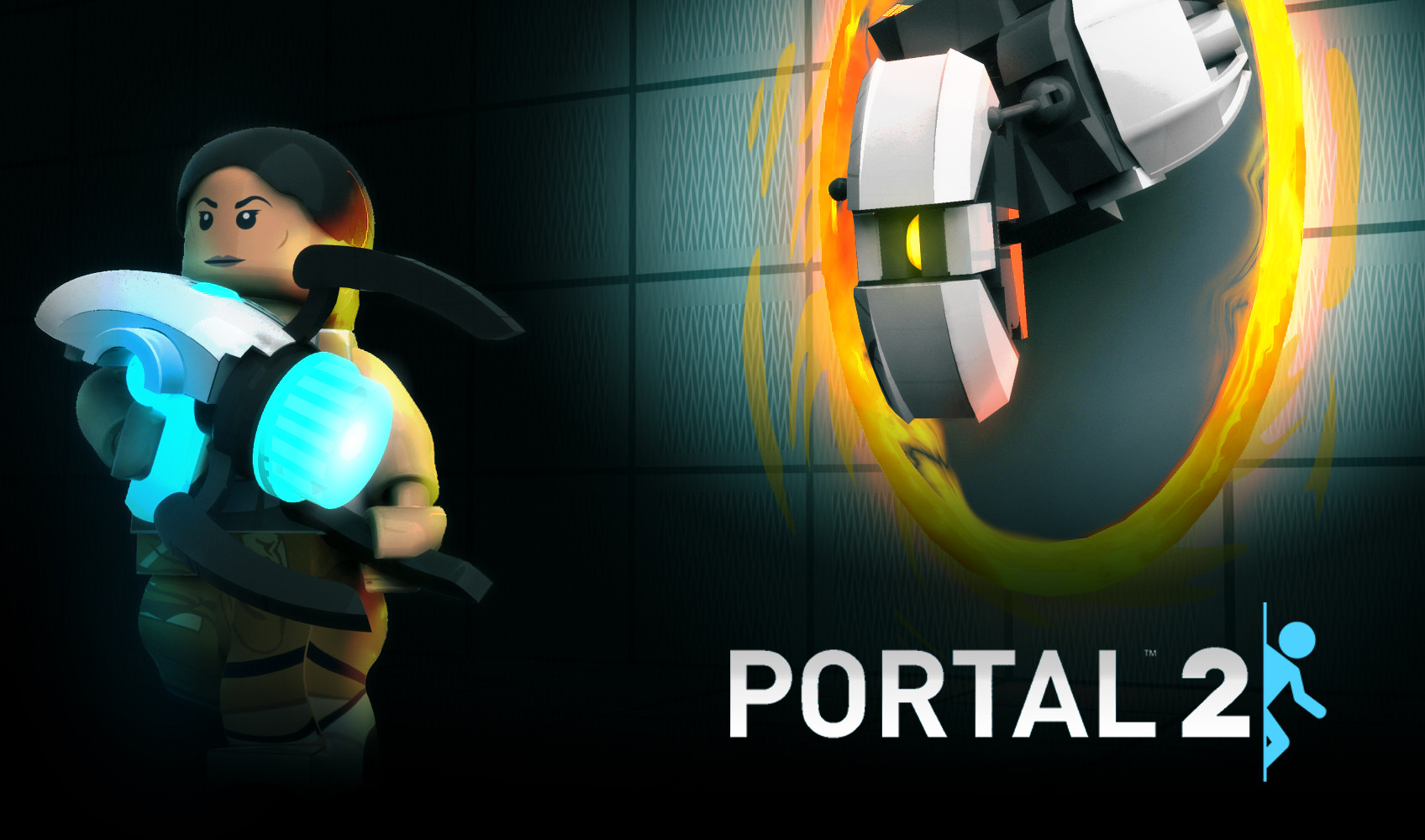 It looks likely that we will see Portal minifigures and gadgets coming to Lego Dimensions at launch. The figures were spotted on the Xbox One retail shot which although blurry has enough detail to suggest the inclusion of Chell and the Portal Gun.

If this proves to be true, and it certainly looks likely, this is very big news. The combination of Portal and Lego video-game puzzles is a mouth watering proposition.

Also on the pack you can make out sets of characters grouped into four waves. This suggests timed groups of releases after the game’s initial September 27th launch. This approach matches with Lego Dimensions claims that it will offer families a simpler and more transparent retail model not needing complex compatibility charts.

The Portal minifigure is likely to come with a Portal Gun gadget that will add a nice twist to the game play. These additional brands along with the already announced Wizard of Oz, DC, Lord of the Rings, Ninjago, Back to the Future and The Lego Movie make for an impressive offering at launch.

22 characters are listed in the first set, along with the three in the starter pack this gives us 25 to be going on with in September. This will then be followed by two waves of six and one wave of seven characters as the year progresses.

Time will tell whether we are jumping the gun here, and if these characters are officially confirmed for the game by Warner.