Pok?mon is coming to Netflix

Heads up?Pok?mon Masters, the (possibly) best TV show of all time is coming to Netflix. From March 1st, a massive load of awesome?Pok?mon episodes will be available to stream on Netflix. 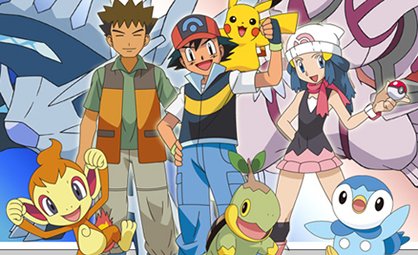 The Pok?mon animated TV series is coming to Netflix. Gotta watch ’em all!

There will be plenty of?Pok?mon action to be watched, starting with the original?Pok?mon: Indigo League season, where Ash first got Pikachu from Professor Oak’s lab and started his journey with Brock and Misty. Then you can move on to the newer?Pok?mon Black and White season, which features a whole host of new?Pok?mon, gym leaders, and problems for Ash and the gang to solve. And of course, Team Rocket is hiding behind every corner, waiting to cause trouble!

The?Pok?mon animated series release date is March 1st on Netflix. You’ll need a Netflix account and subscription to watch them, and the Netflix app, which you can get on most consoles, phones, tablets, and PC.

what is oem software

And remember: gotta watch ’em all!