Optimus Prime explains what Rise of the Dark Spark is about 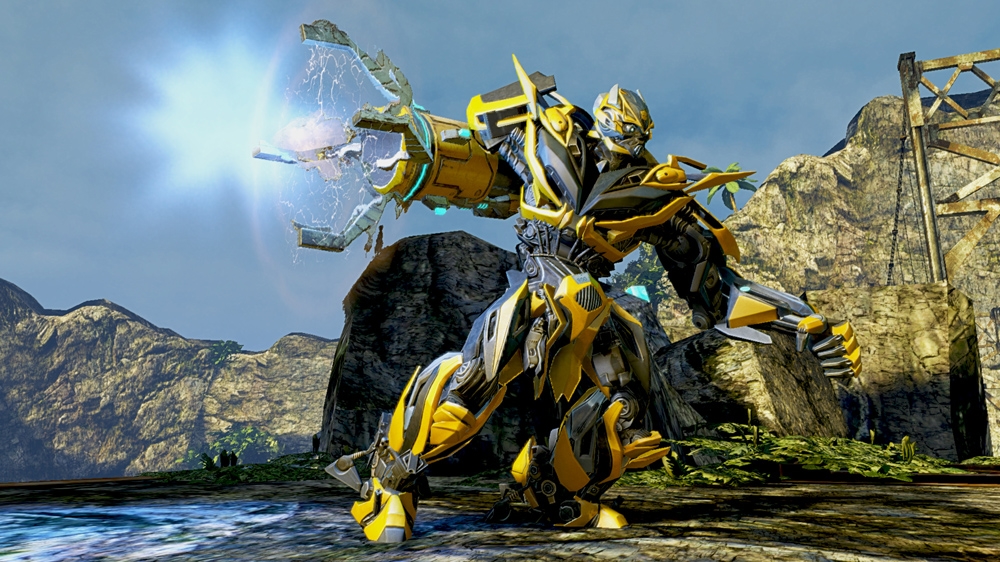 This year there’s not only a new Transformers movie, but also a new game: Transformers Rise of the Dark Spark. It’s a sequel to the Cybertron series which you may have played before, but it also has links with the new film Age of Extinction. Here to explain just what will be going on in the game is the voice of Optimus Prime himself: Peter Cullen.

It looks like the Decpeticons are up to their usual evil tricks again, raising an army of Autobots from the dead and forcing them to fight against Optimus Prime and his friends. Luckily though Optimus has an army ready to help him fight to save both Cybertron and Earth, made up of favourites like Bumblebee and Grimlock.

There’s going to be lots of action on Cybertron and on Earth, and each character can quickly flip between robot and vehicle mode. It looks really exciting!

The Transformers Rise of the Dark Spark release date is June 24th on Xbox One, Xbox 360, PlayStation 4, PlayStation 3, PC, Nintendo DS, and Wii U.