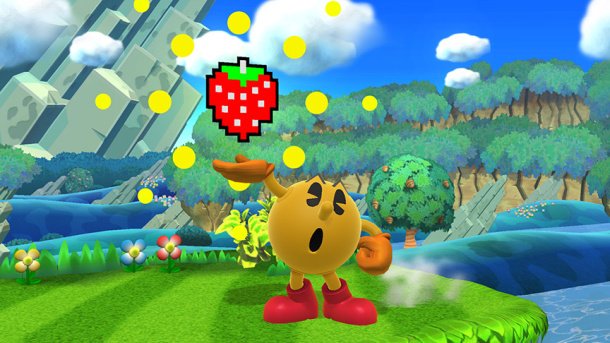 Super Smash Bros. gets closer every day, and to keep you excited we’ve got another set of screenshots from the game’s creator Masahiro Sakurai’s Miiverse updates. Take a look at some of these really cool reveals. 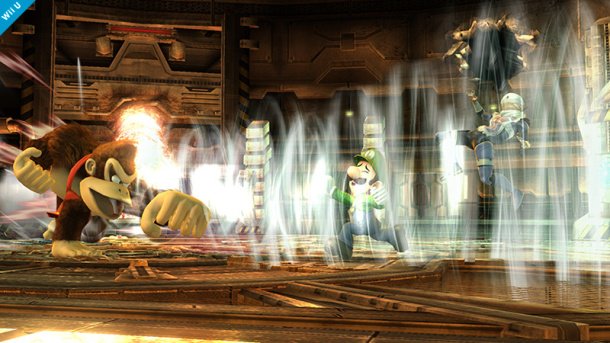 First up is Donkey Kong’s Storm Punch attack, which looks pretty windy! “Here’s Donkey Kong’s third standard special attack, Storm Punch!! Thanks to the customization options, each fighter is stocked with 12 different special moves. The number of attacks is pretty appalling.” Before you start your fight, you choose which moves you want to equip your fighter with. Each of the three main moves have three different choices, so you can create a really unique fighter that works best for you.

Pac-Man is looking like a cool character, with his special move looking all blocky like the graphics in a very old Pac-Man game. “Pac-Man’s standard special move, Bonus Fruit. As you charge this move, the bonuses will change, and all of them have different characteristics and movement patterns when thrown. The bonuses cycle in the same order as in the original game, and the charge-up period doubles once you cycle beyond the orange.” 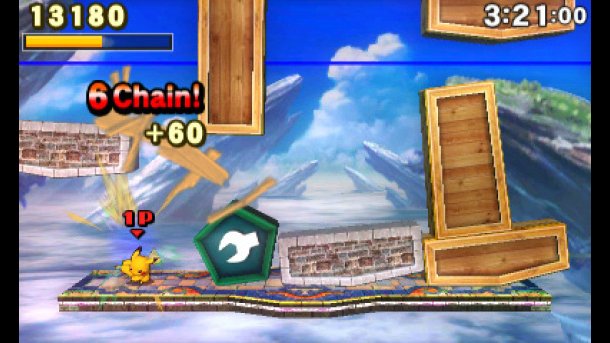 The 3DS version will have lots of mini-games, and this one looks great. “Here’s a new mini-game that’s quite a bit different from Coin Launcher in Super Smash Bros. Brawl. It’s called Trophy Rush! The details…will be kept secret for now.” 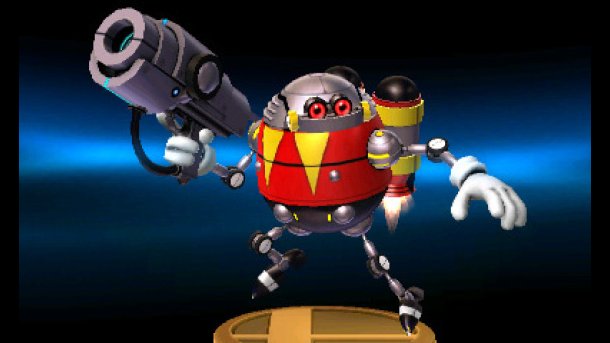 In the Smash Run game, some new characters will be turning up to cause chaos, and Dr. Eggman’s eggrobo will be one of the things firing lasers at you.

The Super Smash Bros. release date is October on 3DS and later in the year on Wii U.