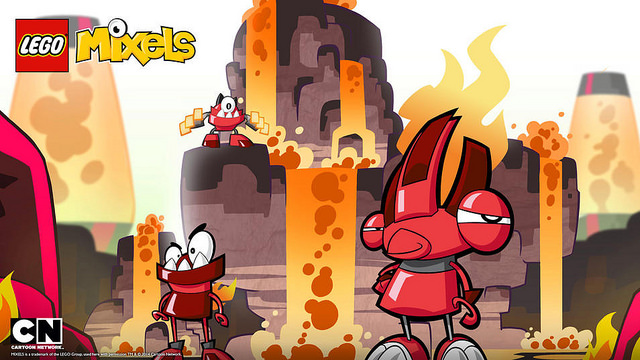 Revealed at the New York Toy Fair this year was a very special set of new Lego toys: Lego Mixels. In an awesome new move, Lego have teamed up with Cartoon Network to make a new cartoon TV show where the new Lego Mixel characters will go on adventures together. And after you’ve watched the show, you can build the Mixels for real! Family Gamer TV went to check them out.

The Mixels come from different tribes, but all of them face one big problem: the Nixels. They’re pests, and they keep making life hard for Mixels. So to get rid of them for good, the Mixels can mix their powers together. In the TV show this helps them discover new powers, and with the toys you can actually break up the figures and mix two or even three Mixels together to make a great new creation.

The Mixel characters and cartoon series will start releasing in March. A wave of nine character will be released in March, followed by another nine in June, and a final set of nine in September. 2014 is the year of Mixel fun. Some of the Mixels that we will be playing with this year are Flain, Vulk, Zorch, Krader, Seismo, Shuff, Telso, Zaptor, and?Volectro.