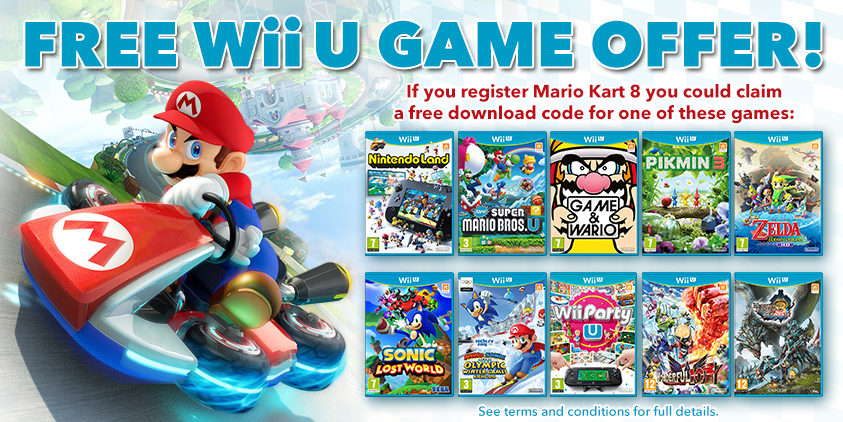 Fans of Mario Kart 8 get ready to jump for joy because today Nintendo released an awesome 30 minute long Direct Video highlighting loads of new features for the upcoming game! The video includes loads of new stuff, such as another three characters, and an awesome extra for those who buy the game in before July 31st! Check out all the new details in the video below now:

As you can see in the video, Nintendo has confirmed that Mario Kart 8 will have a cool online multiplayer for up to 12 people, making it loads of fun for you and all your friends. You can chose from four main types of race: Global, Regional, Friends and Rivals, and Tournament, and if it’s a game against friends you’ll even be able to voice chat them in the lobby via the GamePad’s built-in microphone which means that you can even talk to your friends away from school or sleepovers.

What’s so cool is that in Mario Kart 8 you’ll be able to create tournaments of your very own, making up your own rules and even setting them for specific times and days of the week. You can then make your tournaments public or private, so players all around the world can access them, plus you can download and race against ghost data from your friends or the world’s top 10 drivers. And if you beat one of the top 10 drivers you get an awesome special Miiverse stamp as a reward! How cool! 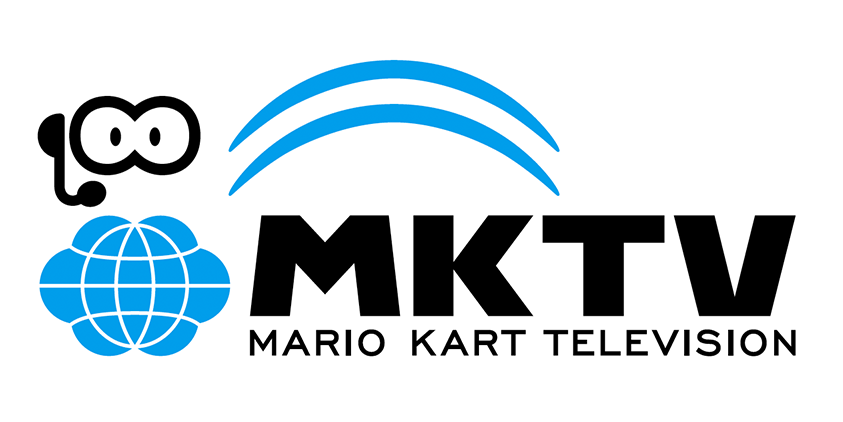 The fun doesn’t stop there though. Another awesome new feature is Mario Kart

TV, which will allow you to check out recorded videos from all of your races, as well as being able to share them with players around the world by uploading directly onto the Miiverse and YouTube, making your characters internet stars!

Three new characters were also revealed today. Pink Gold Peach is the counterpart to Gold Mario, Baby Rosalina joins other baby character versions, and you’ll also be able to play as your Mii character like in the Super Mario Bros. Wii U game. 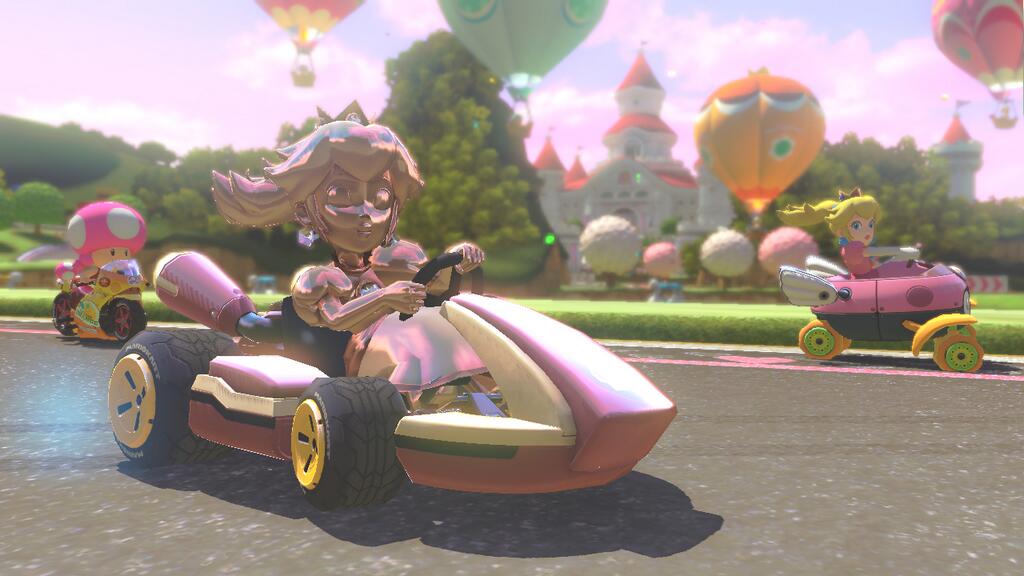 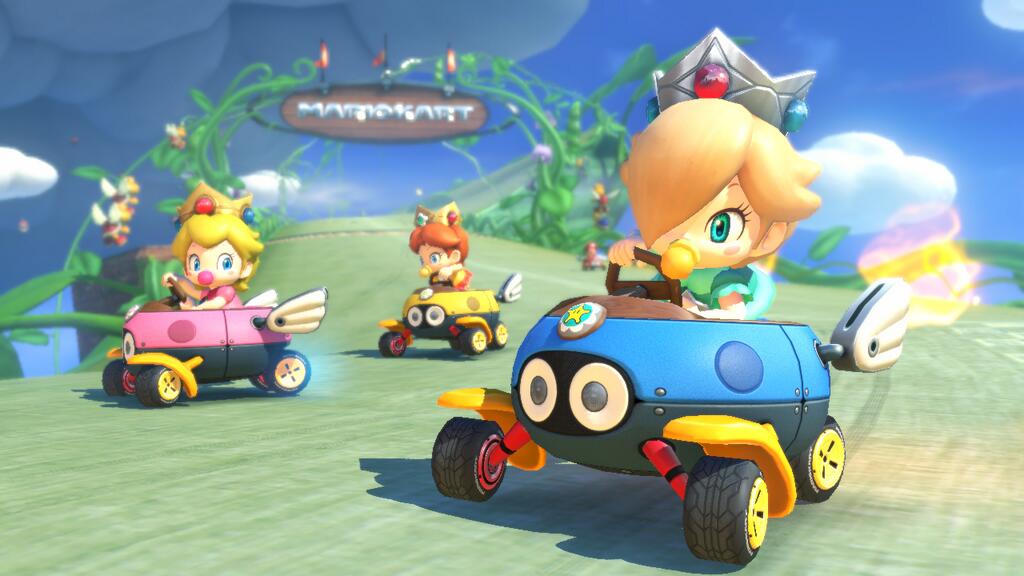 There’s also two awesome new items, ‘The Super Horn’ which sends out a powerful shock wave to blast away all incoming items, including racers and blue shells being fired at you, and ‘Crazy Eight’ which randomly selects an item for you to use from a list of eight items sent out one after the other. These join the already announced Boomerang Flower and the Piranha Plant as new items for you to try out, making this game even more exciting than it was before!

The best news though is that when you purchase Mario Kart 8 in the shops or on the eShop, you also get a whole other game completely free as a reward! All you have to do is register the Club Nintendo PIN code you get before 31st July and you’ll be able to pick one of the following games for free. In Europe you can choose from 10 games: Nintendo Land, New Super Mario Bros. U, Monster Hunter 3 Ultimate, Game & Wario, Pikmin 3, The Wonderful 101, The Legend of Zelda: The Wind Waker HD, Sonic: Lost World, Mario & Sonic At The Sochi 2014 Olympic Winter Games, and Wii Party U. Awesome!

If all this hasn’t got you super excited for Mario Kart 8’s release in a months time on May 30th, we don’t know what will! In the meantime, why not check out the new Mario Kart 8 trailer? Don’t forget to let us know what you think of the new announcements below!