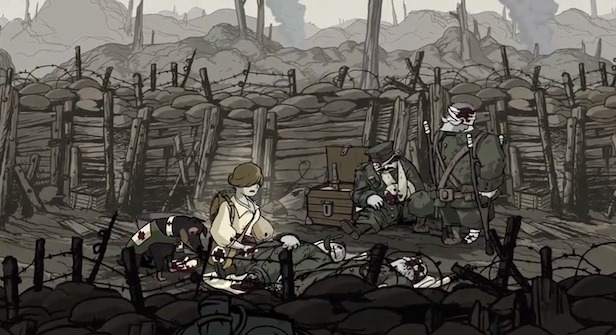 100 years ago there was a huge war fought between many countries. You may have heard it called The First World War, or even The Great War. This war is the setting for Valiant Hearts, a new game that’s not only a great journey through danger, but also aims to teach us all about what happened. Looking to find out more about The First World War, Adam from Family Gamer TV sat down and played Valiant Hearts. Take a look at these videos to see how he got on.

The first 20 minutes introduces you to the war, how it started, and the main characters of Karl and Emile – two men who are asked by their countries to fight in the war. It pulls them away from their normal lives and sends them to places they’ve never been before.

The second video continues to show more of the game and Adam tells you how he’s finding it. Even though Valiant Hearts is set in the war, it’s not a fighting game. Instead it is a puzzle game, combining adventure with areas where you need to work out a solution to a conundrum to get past. This slower pace helps you understand what it must be like for the characters who have had to give up their lives because of the war.

Valiant Hearts is available now on PC, PS3, PS4, Xbox 360, and Xbox One. If you loved this video, follow us on Twitter for loads more amazing stories